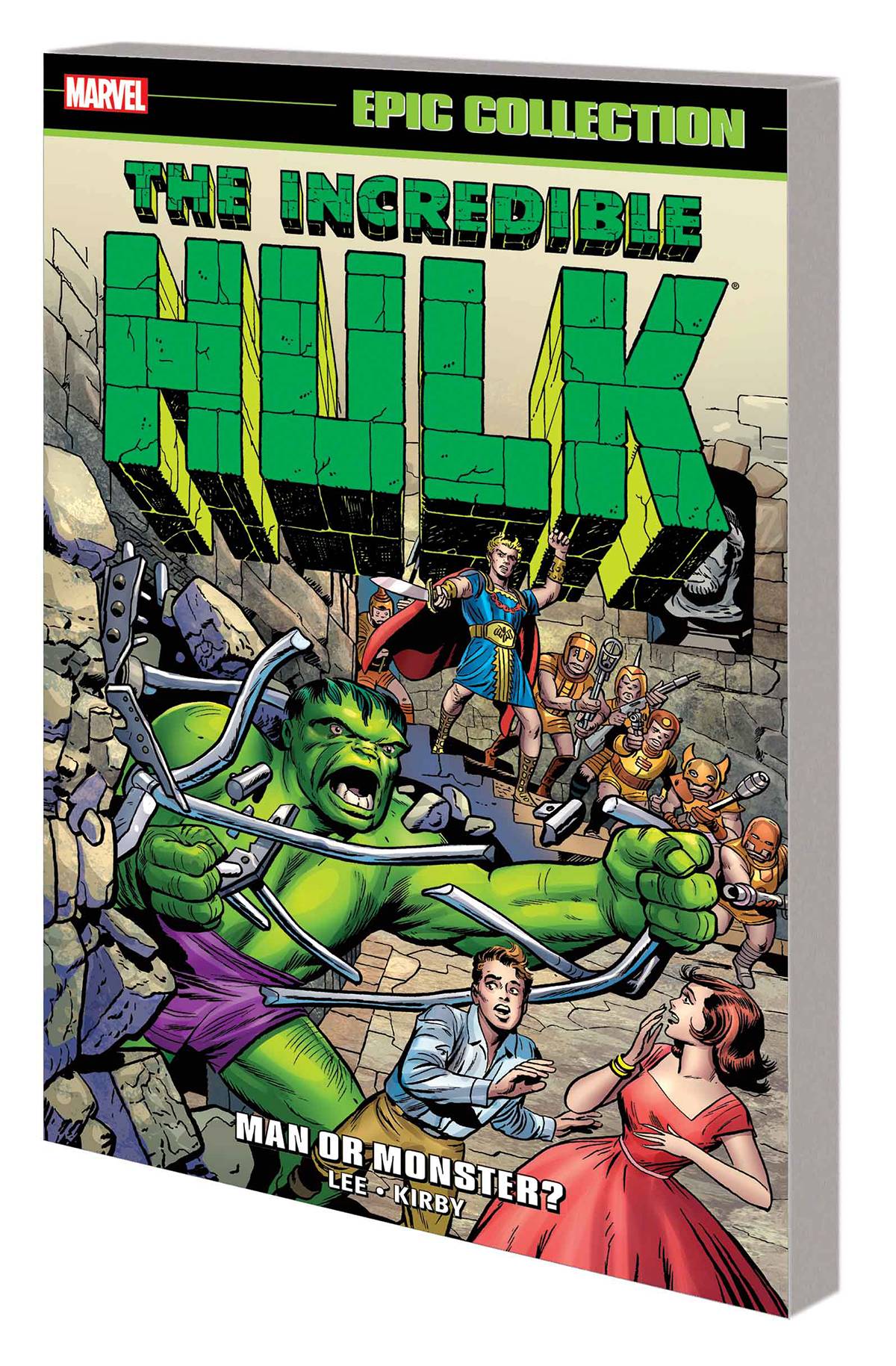 #
MAR160947
(W) Stan Lee (A) Steve Ditko, Dick Ayers (A/CA) Jack Kirby
Dr. Robert Bruce Banner may look like a mild-mannered scientist, but after being caught in a gamma-bomb explosion, he became the unstoppable engine of destruction known as the Hulk! Stan Lee and Jack Kirby's atomic update on the Dr. Jekyll/Mr. Hyde paradigm mixed the might of giant monsters with Cold War intrigue and psychological drama. Decades later, it's a formula that still has readers clamoring for more! For the first time, this Epic Collection follows Hulk's every adventure: his original series, his time fighting alongside - and against - the Avengers, his first confrontation with the Thing, encounters with Spider-Man and Ant-Man, and a mythic battle with Thor! Collecting INCREDIBLE HULK (1962) #1-6, FANTASTIC FOUR (1961) #12 and #25-26, AVENGERS (1963) #1-3 and #5, AMAZING SPIDER-MAN (1963) #14, and material from TALES TO ASTONISH (1959) #59 and JOURNEY INTO MYSTERY (1952) #112.
All Ages
In Shops: Jun 08, 2016
SRP: $34.99
ORDER WISH LIST