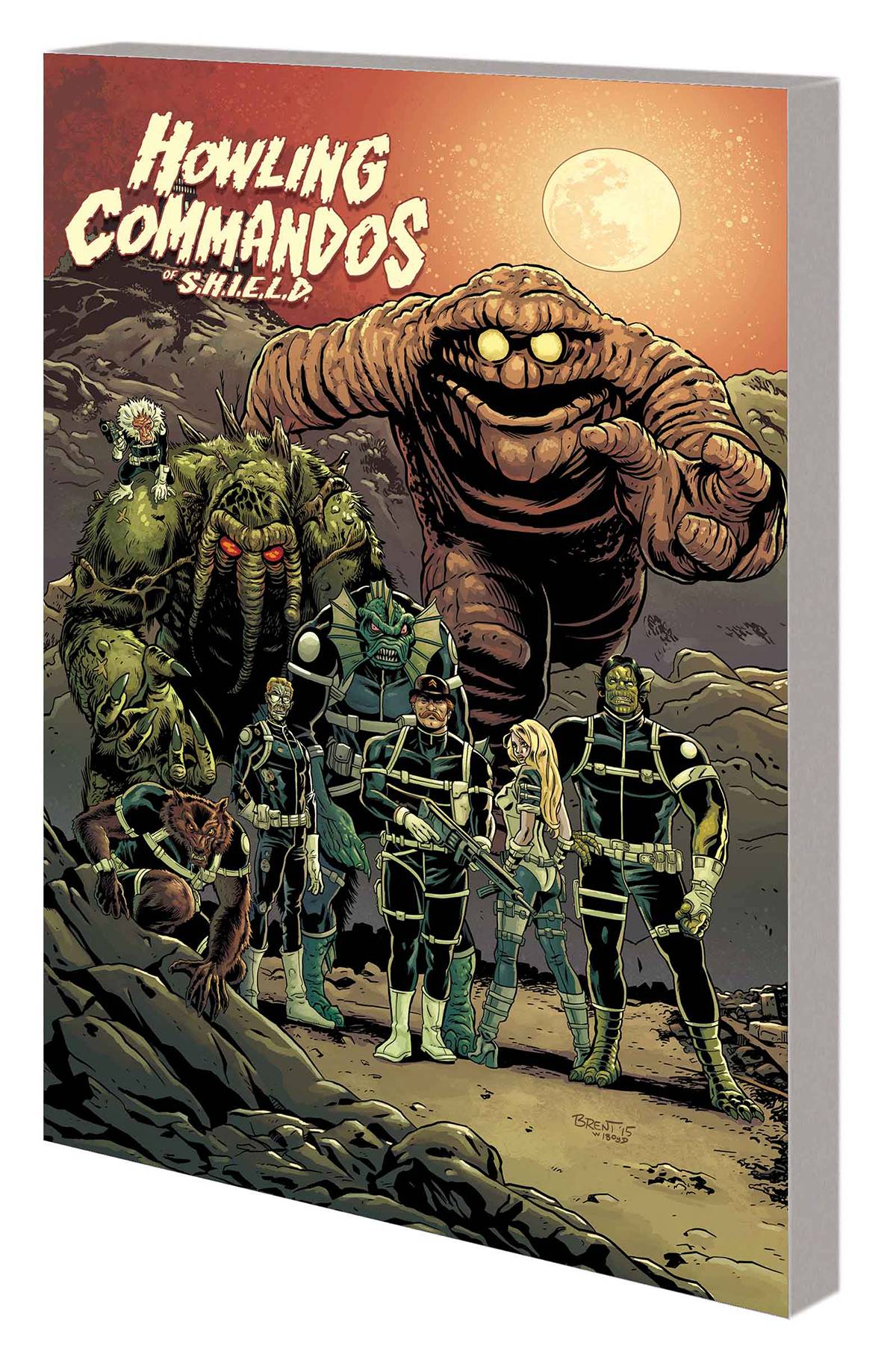 #
MAR160941
(W) Frank J. Barbiere, Al Ewing (A) Stefano Casselli (A/CA) Brent Schoonover
Hidden deep beneath Area 13 lies the clandestine headquarters of S.T.A.K.E. - a top-secret division of S.H.I.E.L.D. housing aliens, mythical beasts and all manner of extra-normals. Now, under the command of legendary soldier - and newly resurrected Life Model Decoy - Dum Dum Dugan, these monsters step out of the shadows to defend the world against threats too dangerous for normal men. They are the Howling Commandos of S.H.I.E.L.D.! But as a conspiracy grows within the ranks of S.T.A.K.E., Dum Dum struggles to hold his team together. A mysterious foe makes his move, new member Glyph's secrets are revealed, and the Commandos take on the Sphinx in a supernatural showdown! Collecting HOWLING COMMANDOS OF S.H.I.E.L.D. #1-6 and material from S.H.I.E.L.D. (2014) #9.
Rated T+
In Shops: May 25, 2016
SRP: $19.99
ORDER WISH LIST