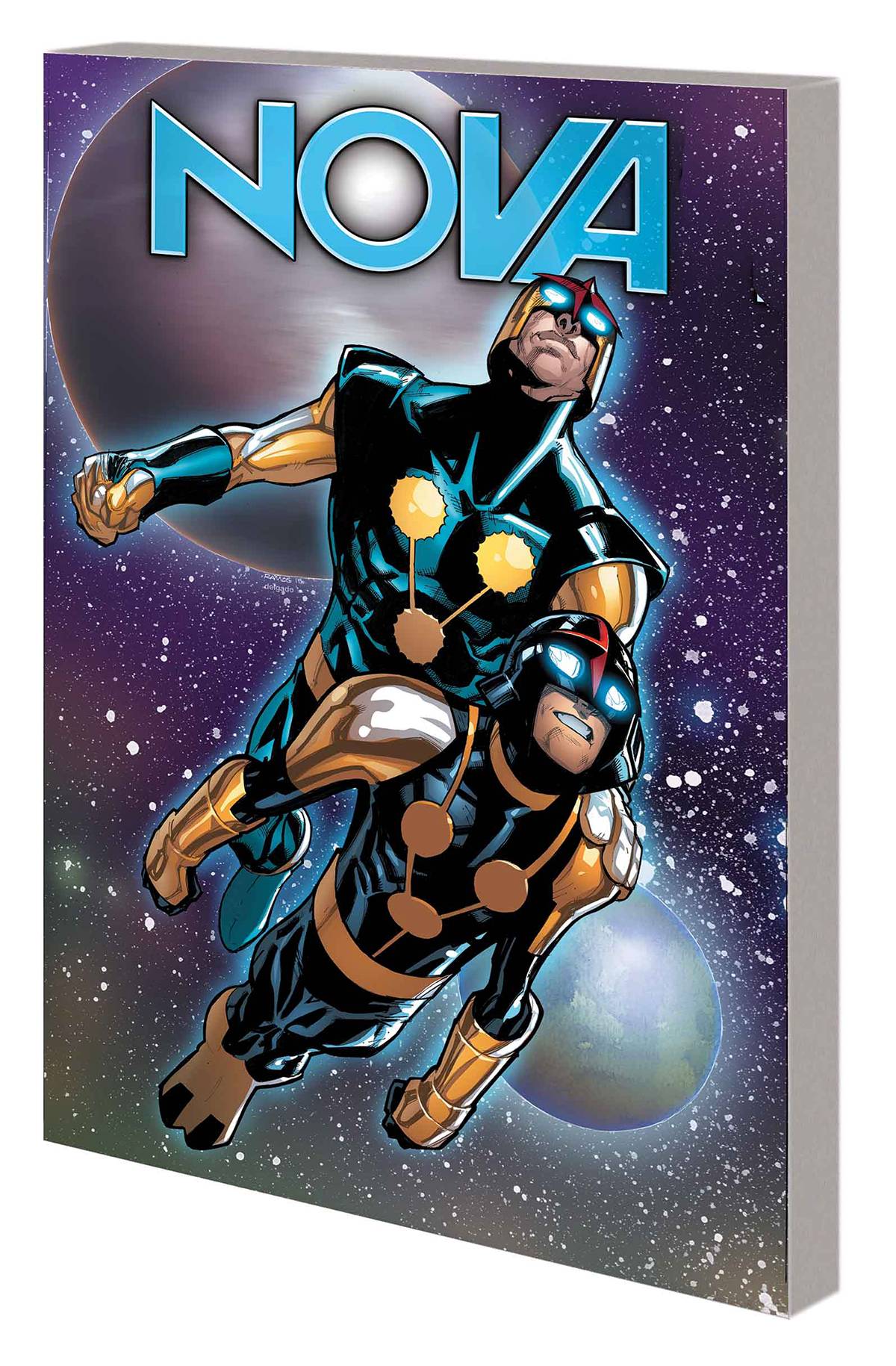 #
MAR160934
(W) Sean Ryan (A) Cory Smith (CA) Humberto Ramos
A tale of two Novas! Sam Alexander's missing father is finally back, and together they're making adventure a family business. But will it be everything Sam dreamed of? With their Nova helmets that enable them to fly and shoot energy beams, they're policing the Milky Way twice as well as before - and grabbing some dad-and-son catch-up time. With pancakes! Mini-golf! Earthquakes?! What could be responsible for the catastrophic tremors? How about a giant, awful monster that only Nova can stop? Meanwhile, Sam is moonlighting on his own as an Avenger - could love be in the air among Earth's Mightiest Teenagers? But what sinister secret is the elder Alexander hiding, and how will Sam react when he finds out? Collecting NOVA (2015) #1-6.
Rated T
In Shops: Jun 08, 2016
SRP: $17.99
View All Items In This Series
ORDER WISH LIST