UNBEATABLE SQUIRREL GIRL TP VOL 03 SQUIRREL REALLY GOT ME NO 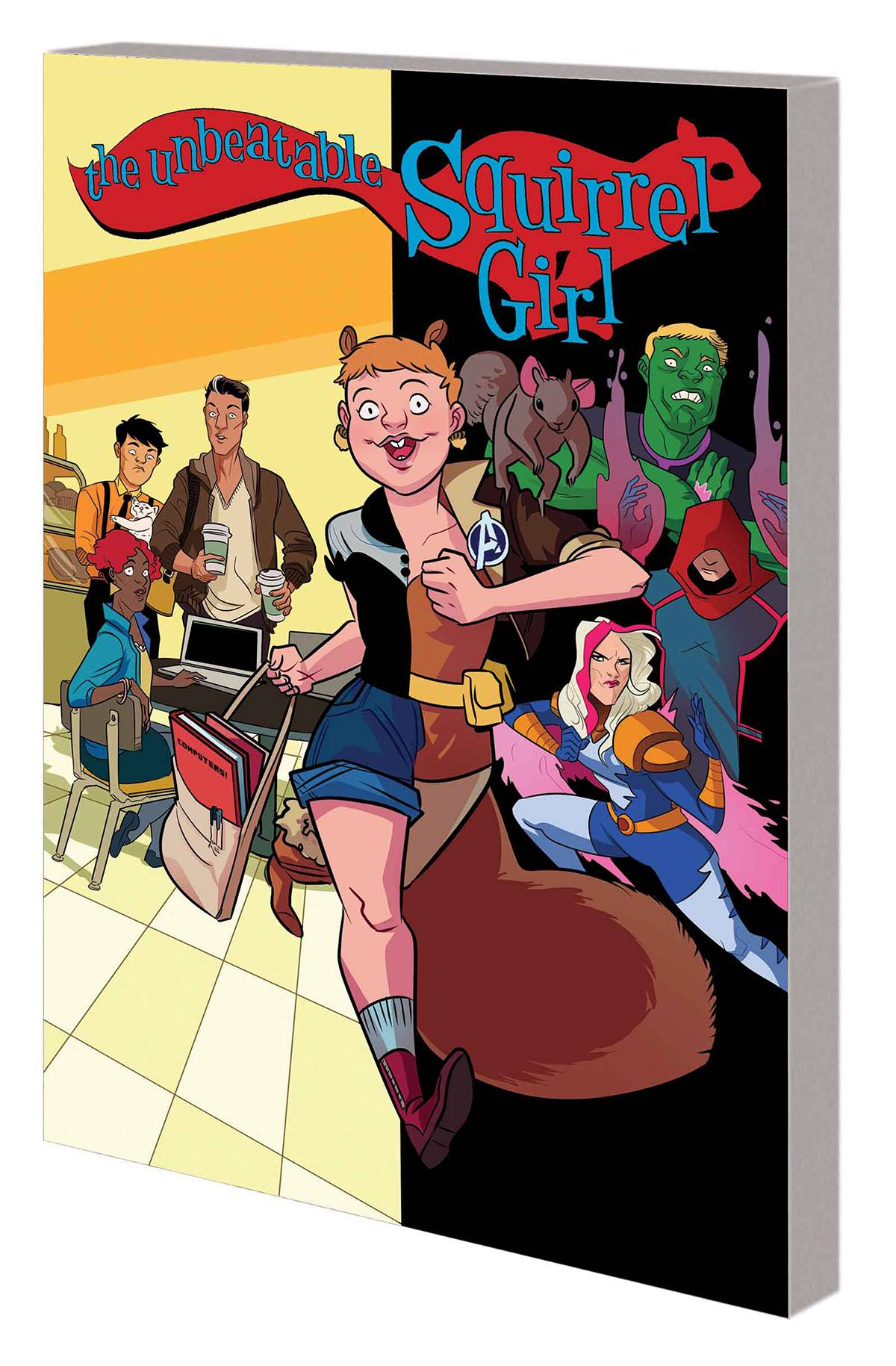 #
MAR160932
(W) Ryan North, Chip Zdarsky (A) Joe Quinones (A/CA) Erica Henderson
New series, New Avenger! With her unique combination of wit, empathy and squirrel powers, computer-science student Doreen Green - a.k.a. the unbeatable Squirrel Girl - is all that stands between the Earth and total destruction. Well, Doreen plus her friends Tippy-Toe (a squirrel) and Nancy (a regular human with no powers). So mainly Squirrel Girl. And what hope does the Earth have if she gets hurled back in time to the 1960s and erased from history? At least Nancy will never forget her friend, but what invincible armored Avenger can she call on to help, through the magic of social media? Decades apart, can they avert doom, or will everything go wrong forever? Howard the Duck hopes not - he has an appointment for a crossover! Collecting THE UNBEATABLE SQUIRREL GIRL (2015B) #1-6 and HOWARD THE DUCK (2015B) #6.
Rated T
In Shops: May 25, 2016
SRP: $17.99
View All Items In This Series
ORDER SUBSCRIBE WISH LIST