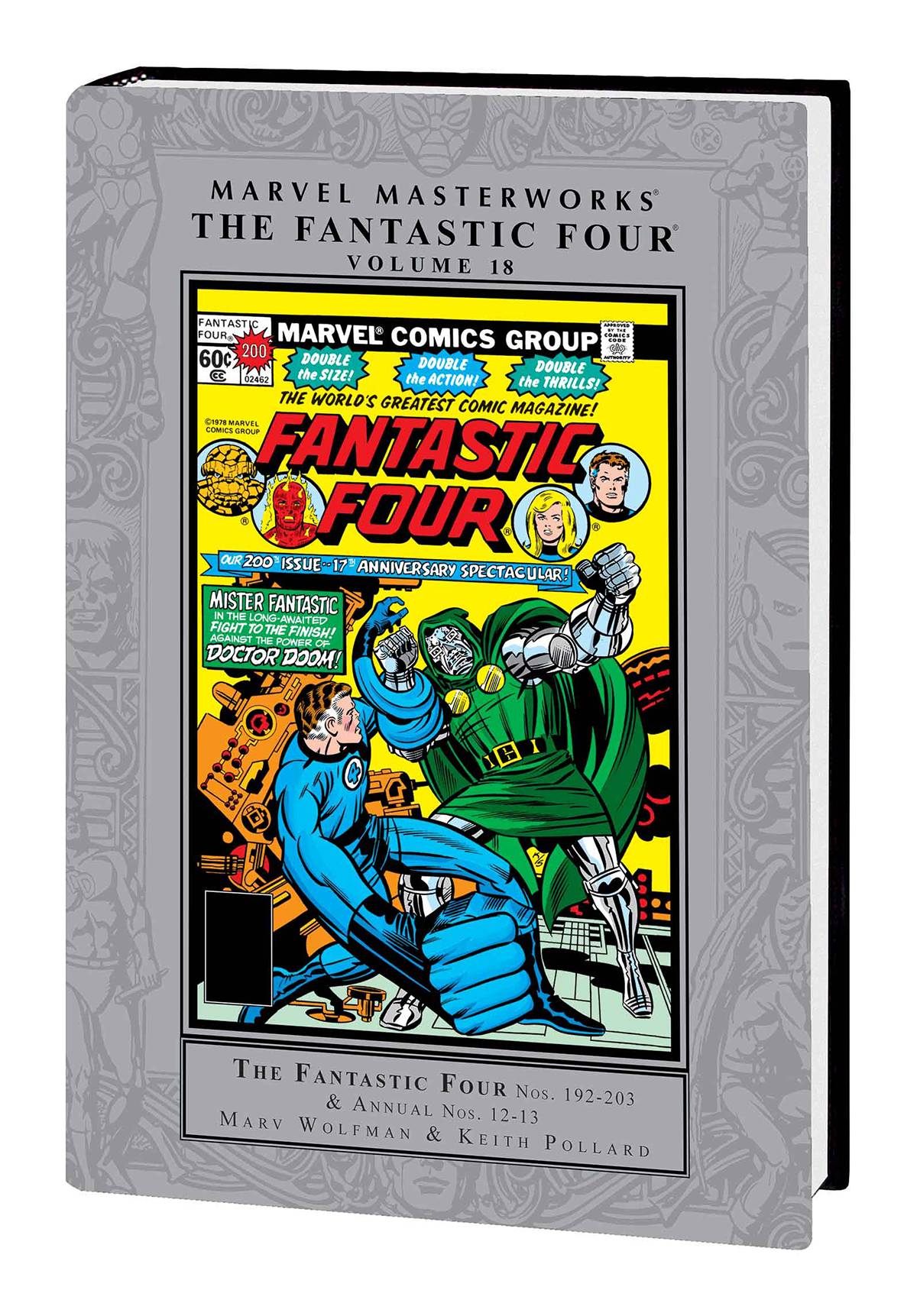 #
MAR160925
(W) Various (A) Various (CA) Jack Kirby
The Fantastic Four have split up! Having gone their separate ways, you might worry we'll have to come up with a new title for this book - but don't, because the Doctor Doom's evil machinations will reunite Marvel's first family for its issue #200 extravaganza! Johnny Storm's hotrod racing, the Thing's demon bashing, Sue's dalliances with Namor and Reed's soul searching culminate in a massive five-part saga that pits the FF against its nemesis in the series' greatest tradition! Who is Doom's son? How does he have the FF's powers? It's a fight to the finish in Latveria! Also featuring Quasimodo the Living Computer, an outer-space adventure with the Inhumans and the return of the Mole Man! Collecting FANTASTIC FOUR (1961) #192-203 and ANNUAL #12-13.
Rated T
In Shops: Sep 14, 2016
SRP: $75.00
View All Items In This Series
ORDER SUBSCRIBE WISH LIST