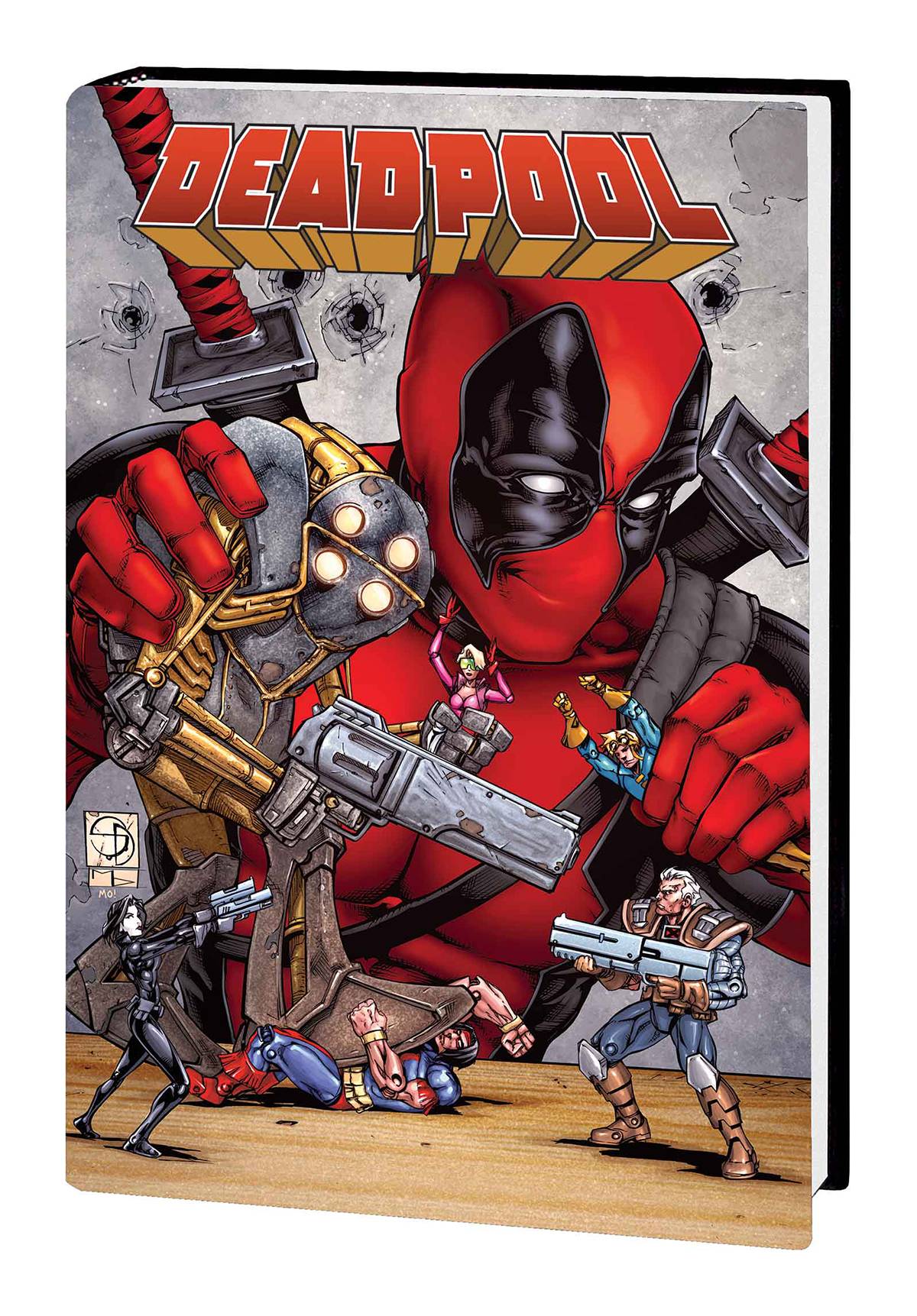 #
MAR160919
(W) Various (A) Various (CA) TBD
Back up the minibus, it's time for a second trip into the crazy world of the Deadpool limited series, where anything can happen - and probably will! Everything you knew about Deadpool and Cable was wrong - find out why in a time-hopping showdown with the original X-Force! When Wade crosses paths with the avenging archer Hawkeye, it's merc against marksman! Sun Tzu? Sun who?! DEADPOOL'S ART OF WAR is the only masterwork of military strategy Loki needs to conquer Earth! What's worse than a plague of the walking dead? A plague of walking Deadpools! And three decades after SECRET WARS, discover how Deadpool waged the most secretive warfare of all on the original Battleworld! Collecting DEADPOOL VS. X-FORCE #1-4, HAWKEYE VS. DEADPOOL #0-4, DEADPOOL'S ART OF WAR #1-4, RETURN OF THE LIVING DEADPOOL #1-4 and DEADPOOL'S SECRET SECRET WARS #1-4.
Parental Advisory
In Shops: Aug 31, 2016
SRP: $75.00
ORDER WISH LIST