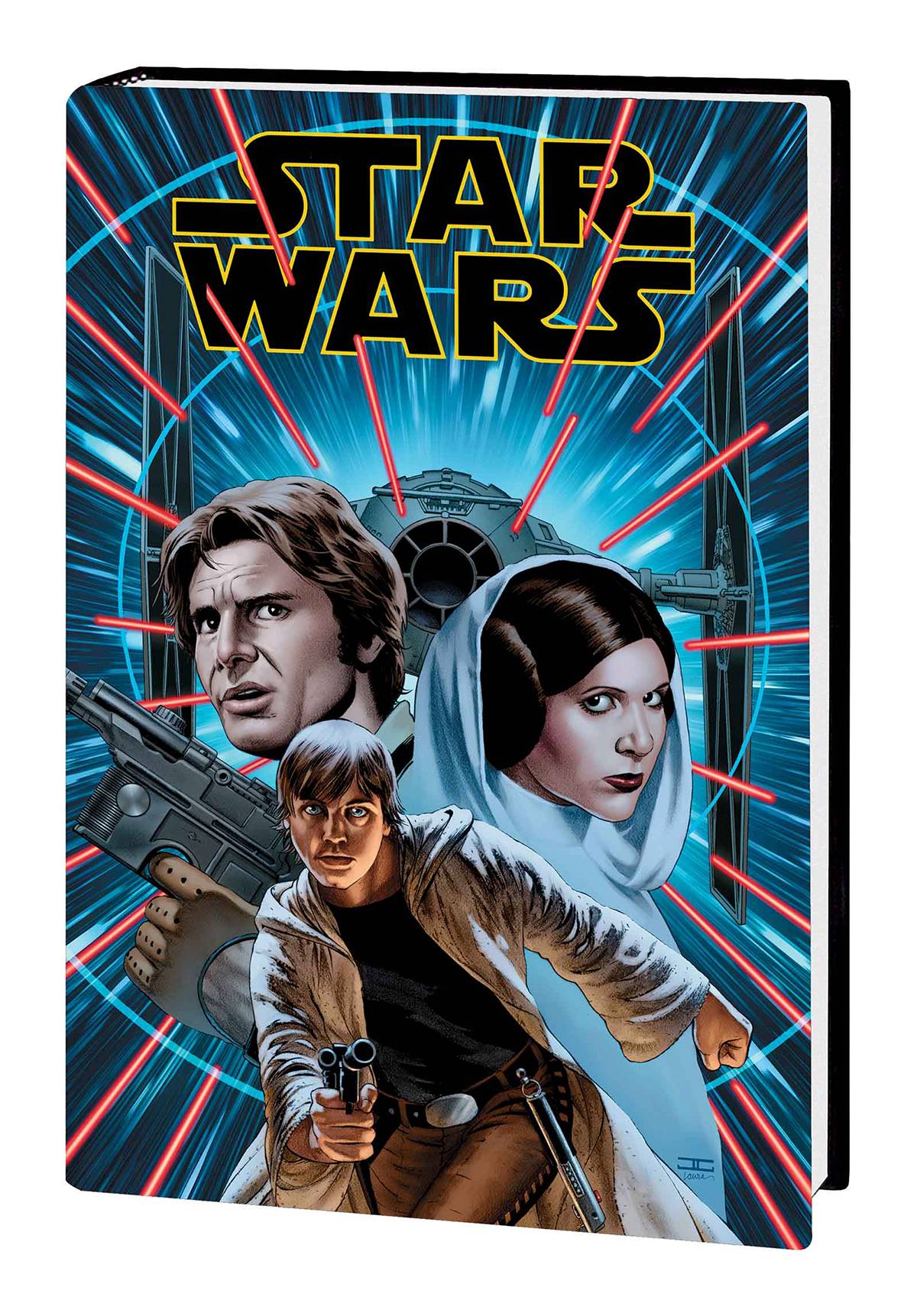 #
MAR160910
(W) Jason Aaron (A) Simone Bianchi, Stuart Immonen (A/CA) John Cassaday
The greatest space saga of all returns to Marvel! The ragtag Rebel Alliance has just destroyed the massive Death Star - but the Galactic Empire is not toppled yet! Join Luke Skywalker, Princess Leia, Han Solo, Chewbacca, C-3PO and R2-D2 as they continue the fight for freedom against Darth Vader and his evil master, the Emperor! But when a rebel assault goes wrong, Luke comes face-to-face with the Dark Lord himself! The young Jedi's quest to learn more about the ancient order will lead to an uncanny encounter with Boba Fett and land him in the middle of the Arena of Death. Meanwhile, Han and Leia face a mysterious woman from the charming smuggler's past - one with a very personal grudge! Plus: Discover a secret chapter of Obi-Wan Kenobi's story! Collecting STAR WARS (2015) #1-12.
Rated T
In Shops: Sep 07, 2016
SRP: $34.99
View All Items In This Series
ORDER WISH LIST