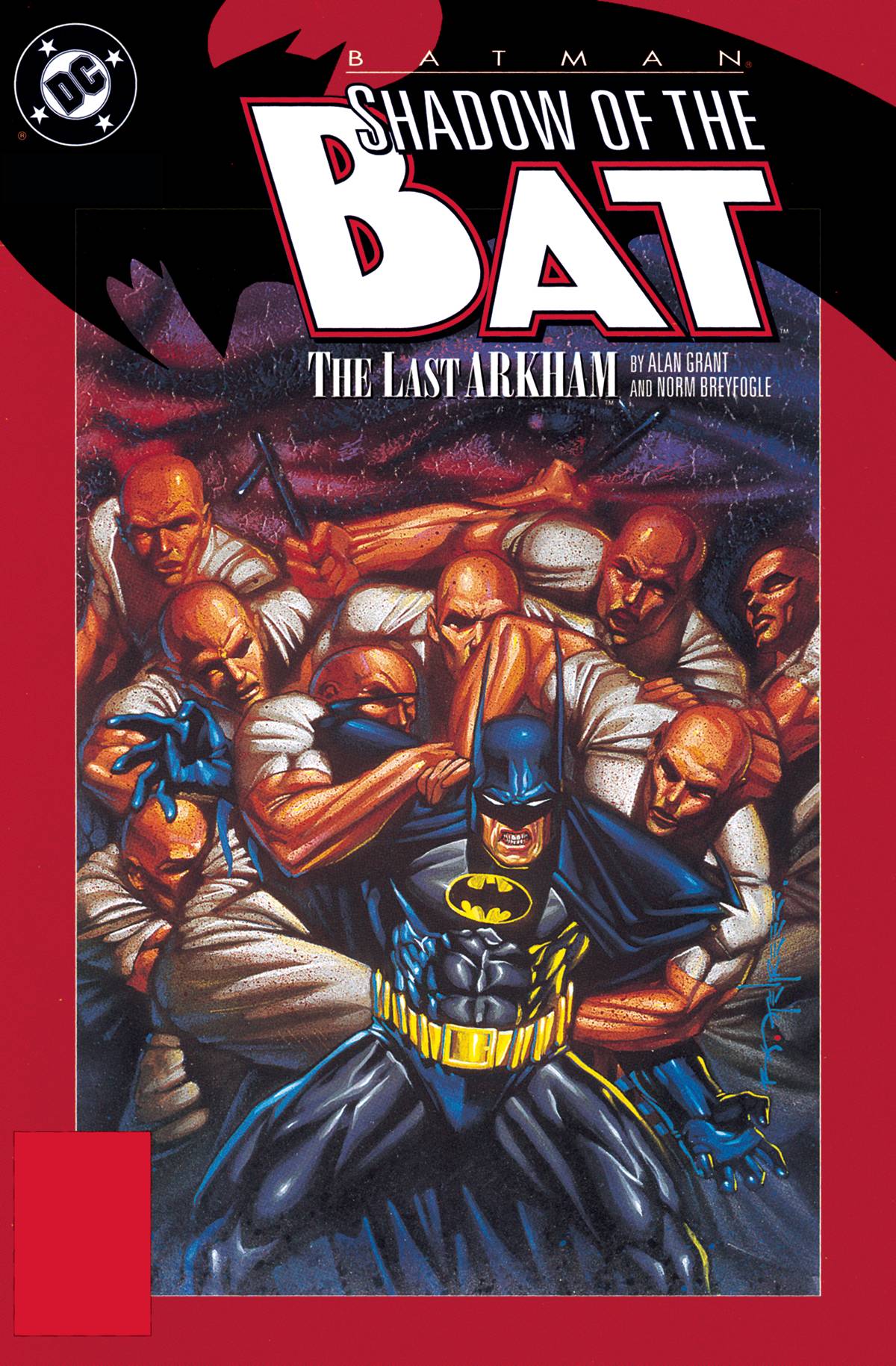 #
MAR160268
(W) Alan Grant (A) Norm Breyfogle, Dan Jurgens, Tim Sale, Vince Giarrano, Dick Giordano, Mike Collins (CA) Brian Stelfreeze
Arkham Asylum is known for its lunatic inmates, and, now, one in particular: Batman. After the murder of a police officer, the Caped Crusader has been sentenced to Arkham Asylum, where a serial killer lurks the halls. Can Batman capture this knife-wielding fiend or will his enemies reach him first? Collecting the classic BATMAN: SHADOW OF THE BAT #1-12.
In Shops: Jun 08, 2016
SRP: $24.99
View All Items In This Series
ORDER SUBSCRIBE WISH LIST