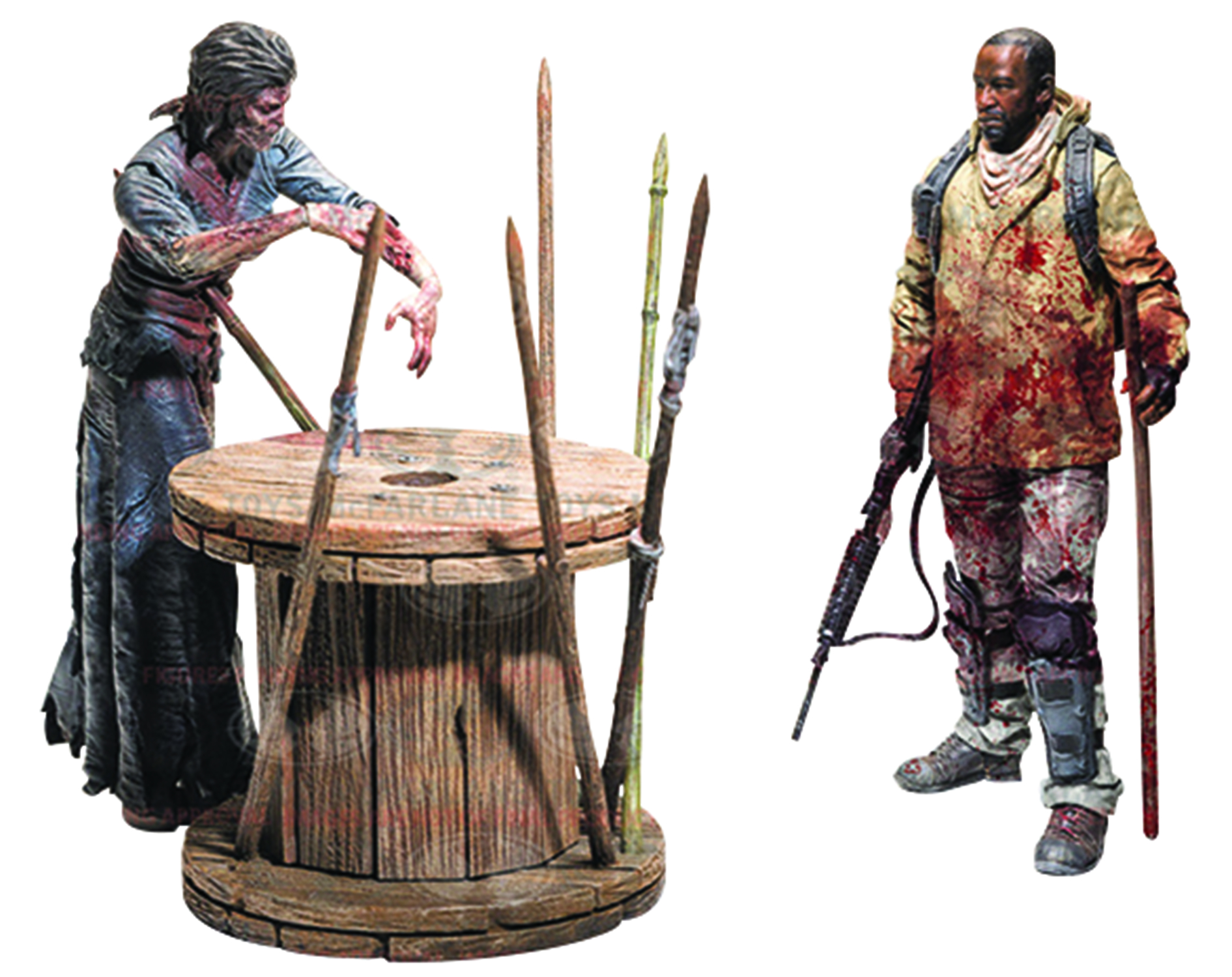 MAR158595
From McFarlane Toys. Suffering from the loss of his son at the hands of his wife-turned-walker, Morgan Jones began to lose touch with his humanity. As seen in the hit series' Season 3 episode "Clear," Morgan devises intricate and complicated traps to shield himself from both Walkers and Humans alike. Time and experience gives Morgan a new sense of clarity as he sets out to find Rick Grimes. This Deluxe Box features: a blood-splattered "Survivor Edition" version of Morgan Jones with assault rifle, walking stick, backpack, and 22 points of articulation; a bloodied Walker Spike Trap made of a wooden cable spool (2-3/4" wide x 2-1/2" high) with six removable spikes (4 5/8" high); a fully assembled Walker Spike Trap approximately 4-5/8" wide and 4-5/8" high); and a removable female Walker Figure that can be impaled onto the spikes.
In Shops: Nov 04, 2015
SRP: $34.99
ORDER WISH LIST