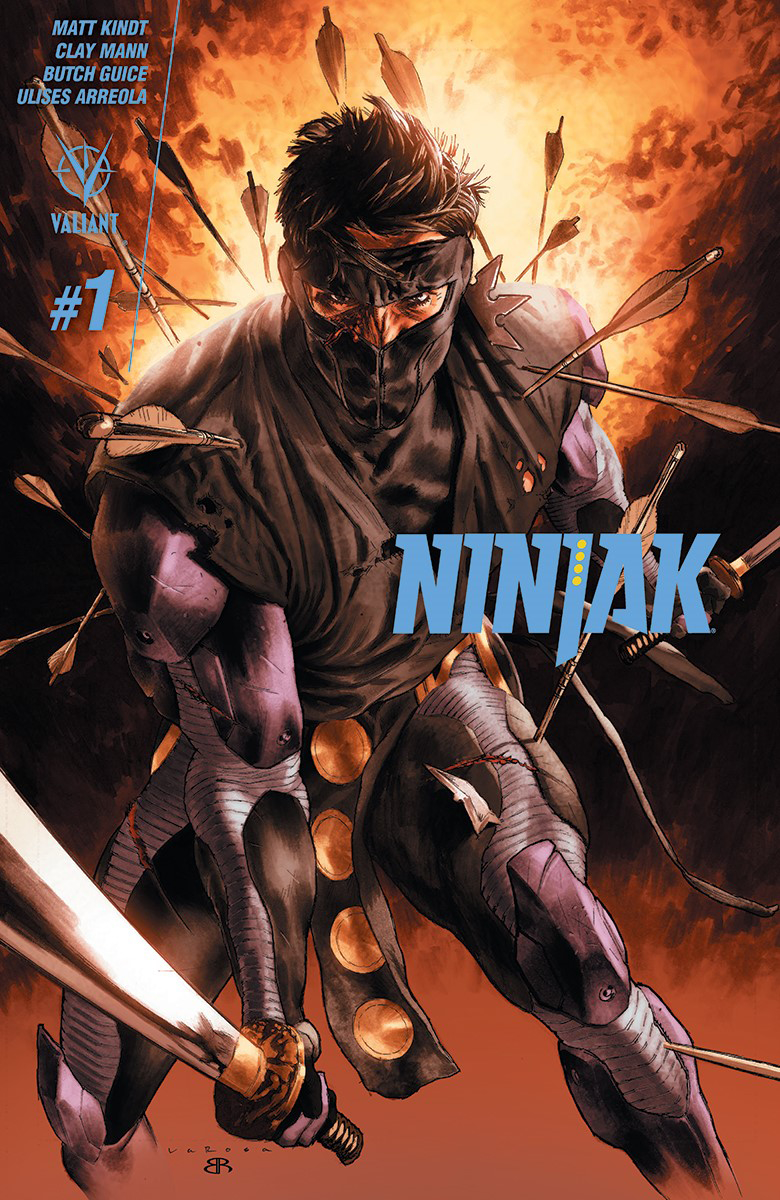 MAR158383
(W) Matt Kindt (A) Clay Mann, Butch Guice (CA) Lewis LaRosa
From Valiant Entertainment. For the first time, Ninjak's past and future collide in the pages of an all-new ongoing series from New York Times best-selling writer Matt Kindt (Rai, Mind MGMT) and superstar artists Clay Mann (X-Men: Legacy, Gambit) and Butch Guice (Captain America, Action Comics)! Then: Meet inexperienced MI-6 recruit Colin King on his first mission in the field as he learns the basics of spycraft and counterintelligence, and develops a volatile relationship with his first handler. Now: Colin King is Ninjak, the world's foremost intelligence operative, weapons expert, and master assassin. And he's hunting the Shadow Seven - a secret cabal of shinobi masters with mysterious ties to his training and tragic past.  Scheduled to ship 06/03/15. (7644)