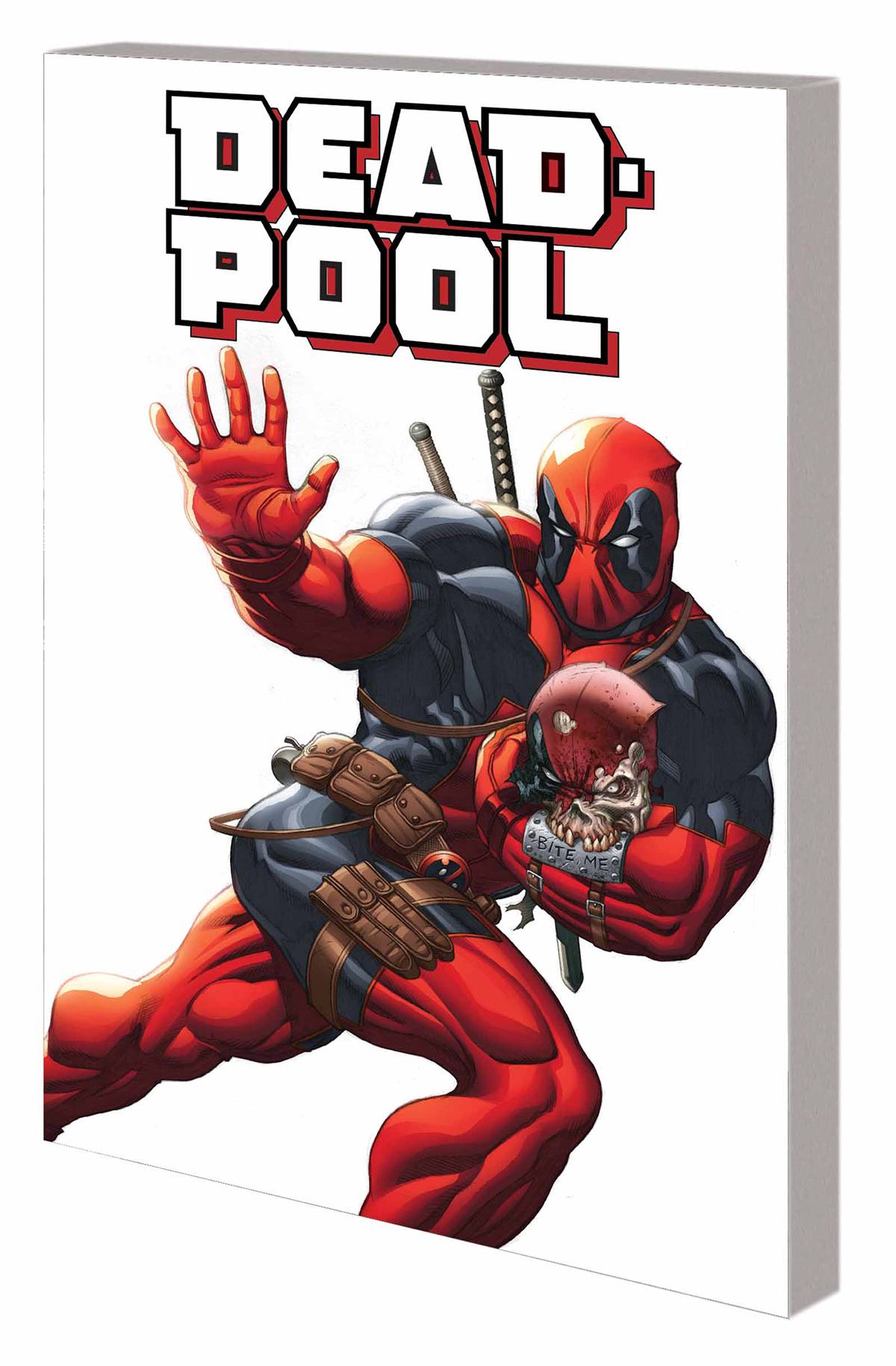 #
MAR150803
(W) Victor Gischler, Mary H. K. Choi (A) Various (CA) Ed McGuinness
Under contract with A.I.M., Deadpool ventures into the Savage Land to obtain the ultimate biological weapon: his own dang head! Yup, Zombie Deadpool's decapitated head makes its glorious return, and he's tired of being carried around everywhere. Deadpool will have to keep his own head on straight if he hopes to survive these Savage Land shenanigans and collect his bounty. Then, as if the zombie thing wasn't enough, it's alternate-universe mayhem as Deadpool encounters a multitude of malevolent mirror images: S.H.I.E.L.D Major Wilson, Wanda Wilson and the Deadpool Kid! But what happens when Deadpool, A.I.M. agents and his foxy new ladylove travel into the Marvel Zombieverse to try to return "Headpool" home? Plus: an extended look at the life and loves of Wanda Wilson, the maniacal Lady Deadpool! Collecting DEADPOOL: MERC WITH A MOUTH #1-13 and LADY DEADPOOL #1.
In Shops: May 27, 2015
SRP: $34.99
View All Items In This Series
ORDER SUBSCRIBE WISH LIST