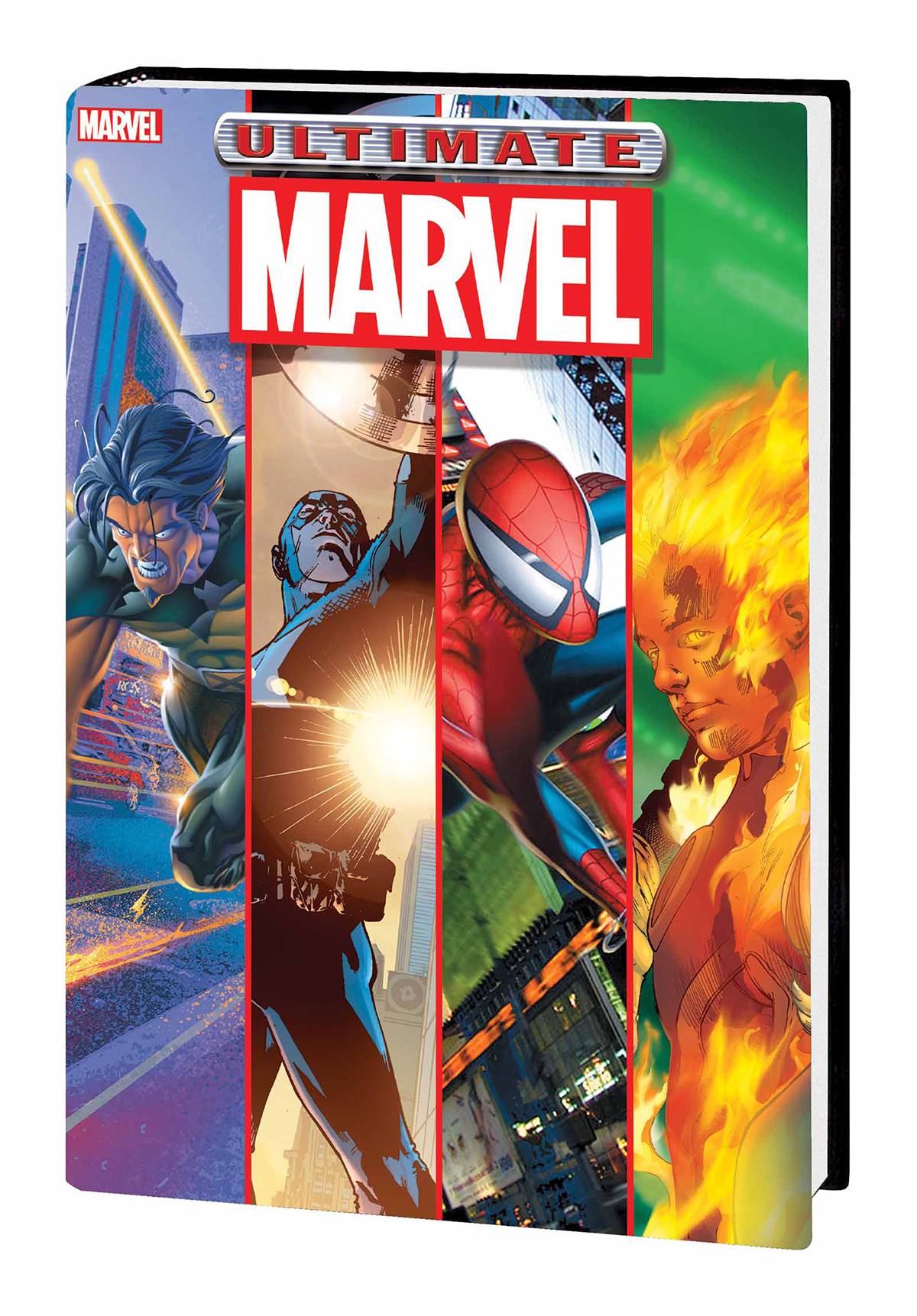 #
MAR150783
(W) Brian Michael Bendis, Various (A/CA) Various
Witness the birth of a new world, in which the heroes you know are reinvented for the modern era! The bite of a genetically engineered spider gives Peter Parker great power, but a harsh lesson will teach him responsibility. To prevent war, Charles Xavier recruits his X-Men - but Magneto's Brotherhood reaches Wolverine first. Captain America, Iron Man, Thor, Giant-Man, Wasp and the Hulk - these are not the Avengers. They're Nick Fury's Ultimates. Young genius Reed Richards' efforts to reach the N-Zone will forever change the lives of his fantastic friends. In a single volume, watch the Ultimate Universe - which helped make superstars of its architects, Brian Michael Bendis and Mark Millar - take shape through the opening acts of its core titles. Collecting ULTIMATE SPIDER-MAN (2000) #1-7, ULTIMATE X-MEN (2001) #1-6, ULTIMATES (2002) #1-6 and ULTIMATE FANTASTIC FOUR #1-6.
In Shops: Aug 19, 2015
SRP: $99.99
View All Items In This Series
ORDER WISH LIST