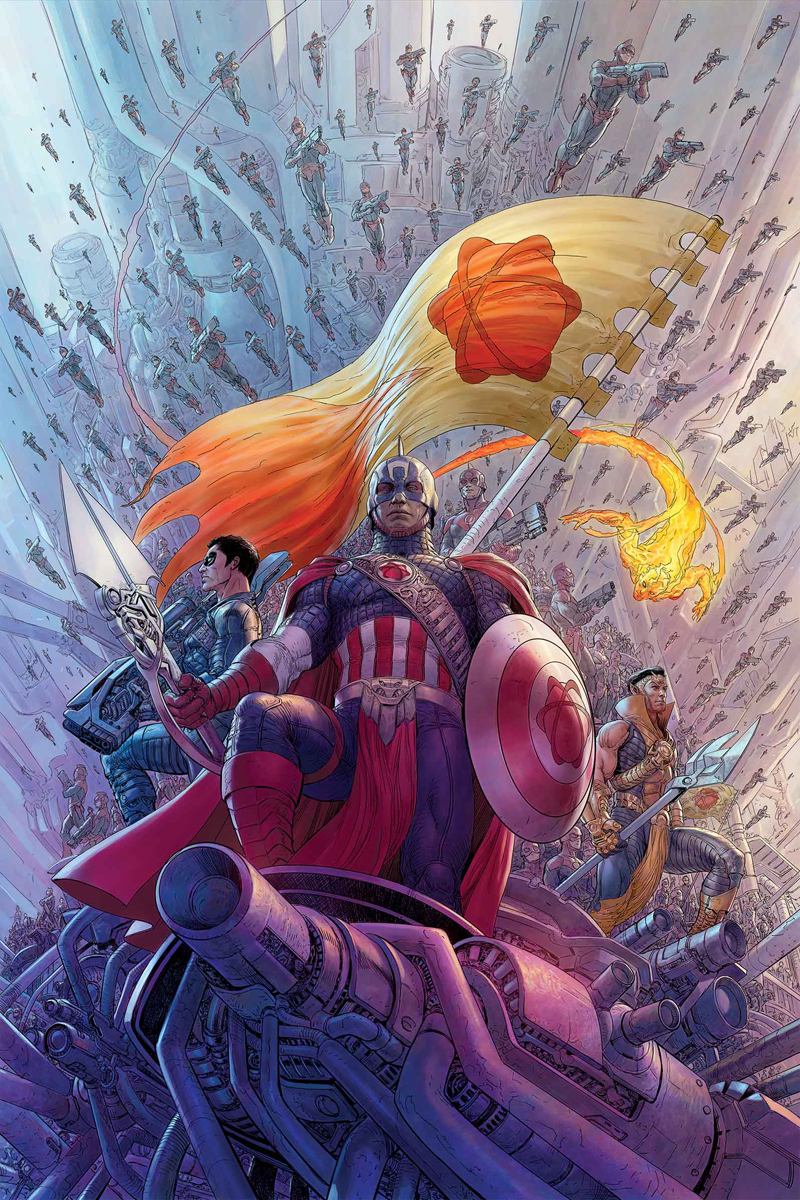 MAR140704
(W) James Robinson (A) Steve Pugh (CA) Mukesh Singh
THE WORLD-SHATTERING CONCLUSION TO "GODS AND SOLDIERS"!!!
•  The INVADERS are trapped on a hostile world and under relentless attack from a mind-controlled god.
•  Facing a fate worse than defeat, will CAPTAIN AMERICA, NAMOR, THE HUMAN TORCH and WINTER SOLDIER become the means for the KREE EMPIRE to conquer the galaxy?!
•  What role does one of the MARVEL UNIVERSE'S most powerful races play in this grand finale?
In Shops: May 28, 2014
SRP: $3.99
View All Items In This Series
ORDER WISH LIST