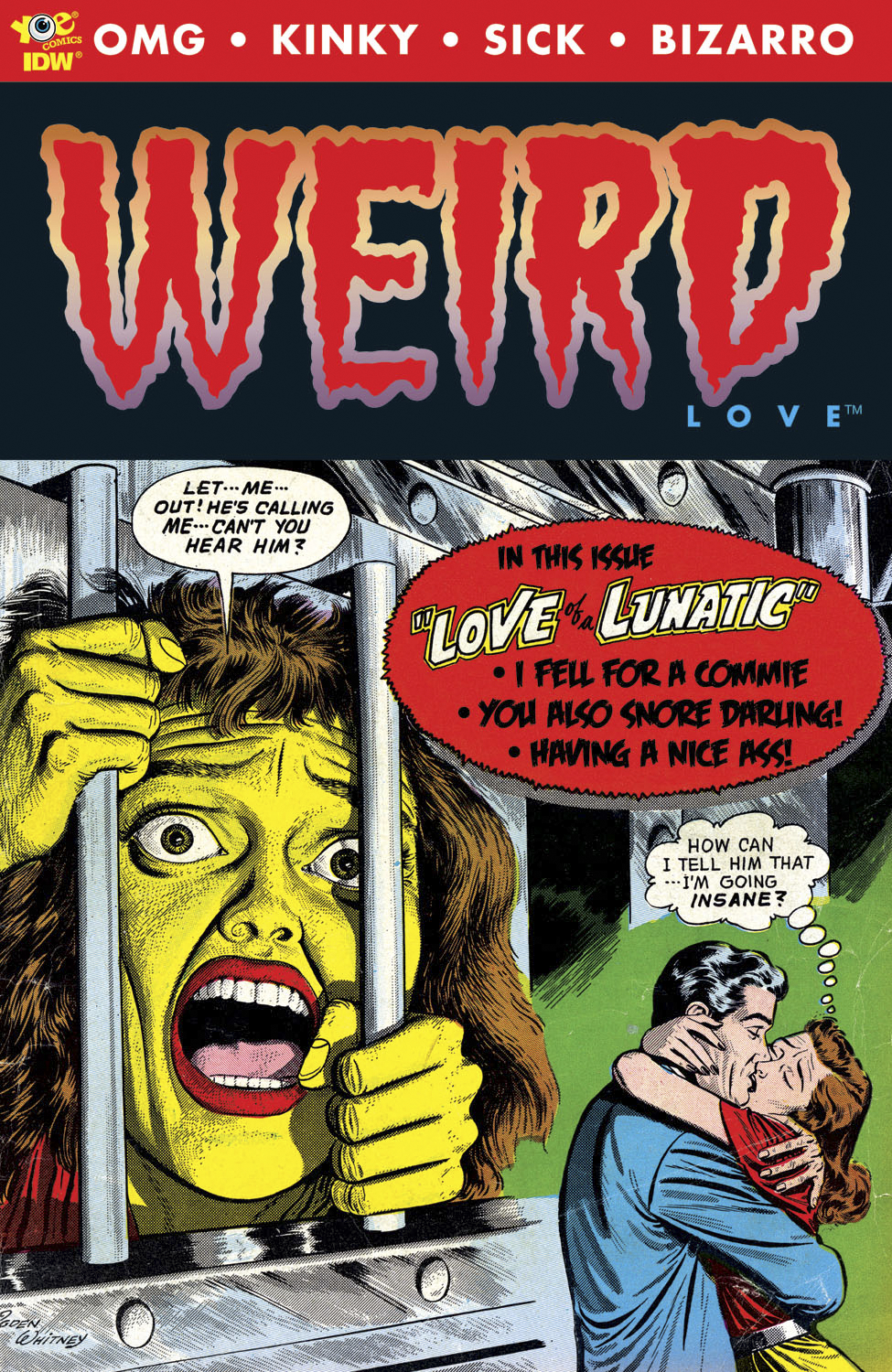 MAR140449
(W) Joe Gill (A) Jos? Luis Garc?a-L?pez, Vince Colletta, Al Tewks, Sam Citron, Dick Beck, Arthur Peddy, Bernard Sachs (A/CA) Ogden Whitney
From the people that bring you the acclaimed Haunted Horror comic comes a horror like no other... WEIRD Love! WEIRD Love presents the most sexy, bizarro, sick, twisted, politically incorrect, kinky "romance" comics of the 1950s and beyond. In this OMG-I-Can't-Believe-This! first ish, you are going to be astonished to read luridly illustrated pulp comics fiction like "Love of a Lunatic," "I Fell for a Commie," "The Taming of the Brute," the wacko "You Also Snore, Darling," and more! This collector's edition which begins the WEIRD Love series "ends" with a pre-code comics ode to the female derrier(!). No wonder the censors wanted this stuff banned! Sure to be a must-have big-buzz comic-and it's bargain-priced!
In Shops: May 14, 2014
SRP: $3.99
View All Items In This Series
ORDER WISH LIST