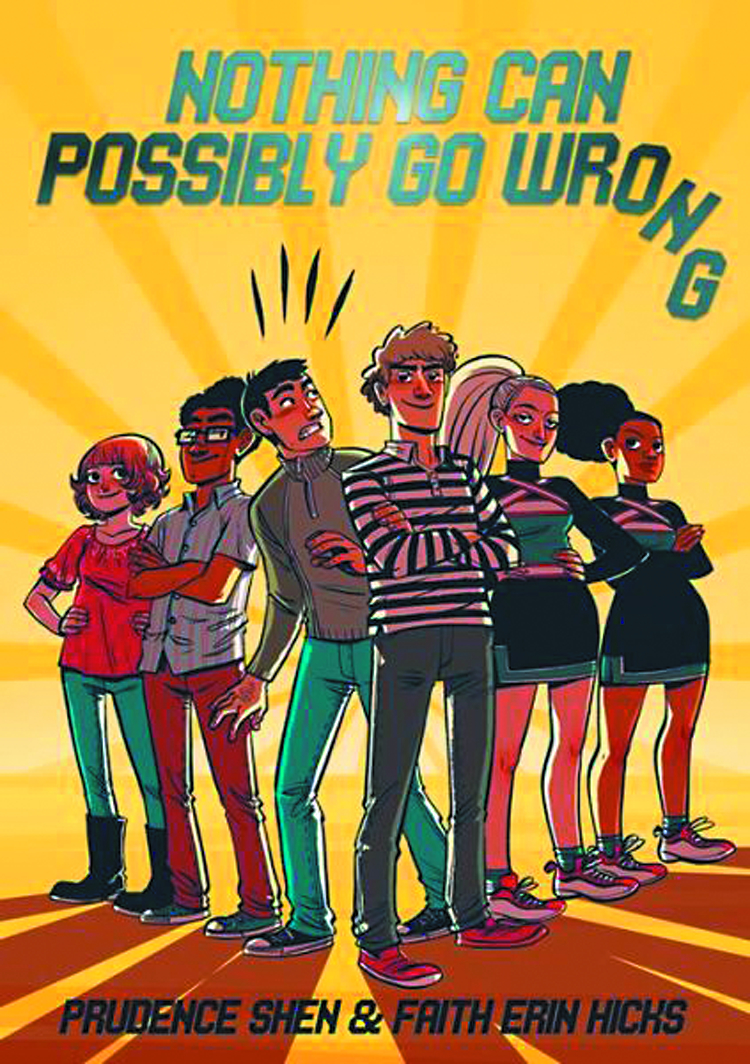 MAR131156
(W) Prudence Shen (A/CA) Faith Erin Hicks
You wouldn't expect Nate and Charlie to be friends. Charlie's the laid-back captain of the basketball team, and Nate is the neurotic, scheming president of the robotics club. They are friends, until Nate declares war on the cheerleaders. After both parties are stripped of their funding on grounds of abominable misbehavior, Nate enrolls the club's robot in a battlebot competition in a desperate bid for prize money. Bad sportsmanship? Sure. Chainsaws? Why not. Running away from home on Thanksgiving to illicitly enter a televised robot death match? Of course!
In Shops: May 08, 2013
SRP: $16.99