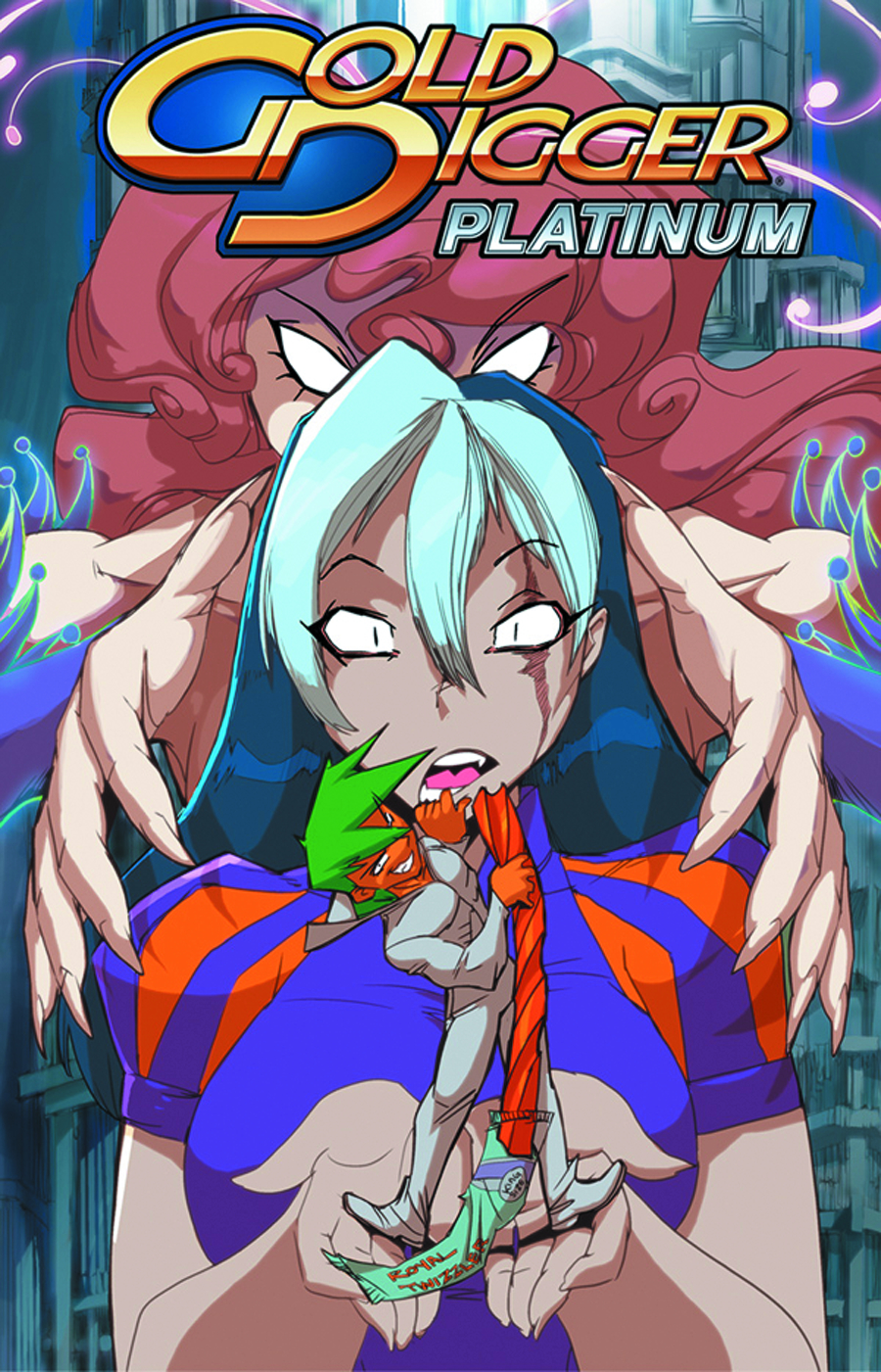 MAR130782
(W) Fred Perry (A/CA) Fred Perry
Ayane Anno wakes up to find she's not in Atlanta any more, but a captive of Lowtor, prince of the candy-crazed wee folk known as the Uompa-Luompans!  On the Astral Rifts, Madrid the ex-Djinn has the mother of all sky-visions en route to Gina's annual family picnic/BBQ.  She enlists the help of her ex, Dao, only to encounter two future versions of herself!  Elsewhere, Ibis, Queen of the Psi-Kobolds, plots revenge against Dreadwing for enslaving her and her people, with a little unexpected help.  Dreadwing strikes back by invading an Enigma Temple, luring in some of his strongest enemies to their doom!
In Shops: May 29, 2013
SRP: $14.95
View All Items In This Series