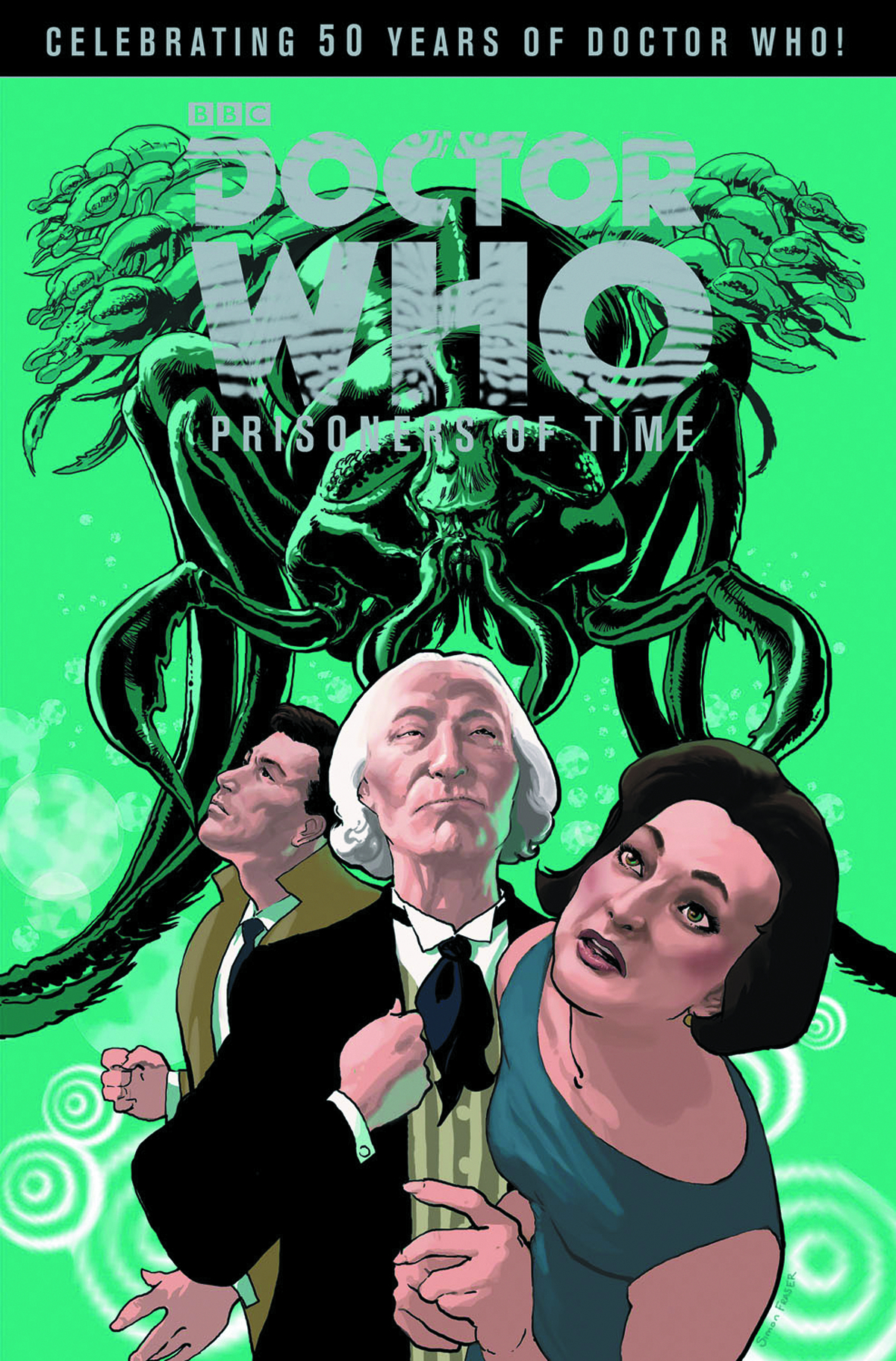 MAR130399
(W) David Tipton, Scott Tipton (A) Lee Sullivan (A/CA) Simon Fraser
November 23, 1963: A day that changed the world forever. That day saw the broadcast debut of Doctor Who, which was to become the longest-running science-fiction series on television. And now, 50 years later, we pay tribute to one of the greatest pop-culture heroes of all time with this special series, which tells an epic adventure featuring all 11 incarnations of the intrepid traveler through time and space known simply as... the Doctor.
In Shops: May 15, 2013
SRP: $17.99
View All Items In This Series
ORDER WISH LIST