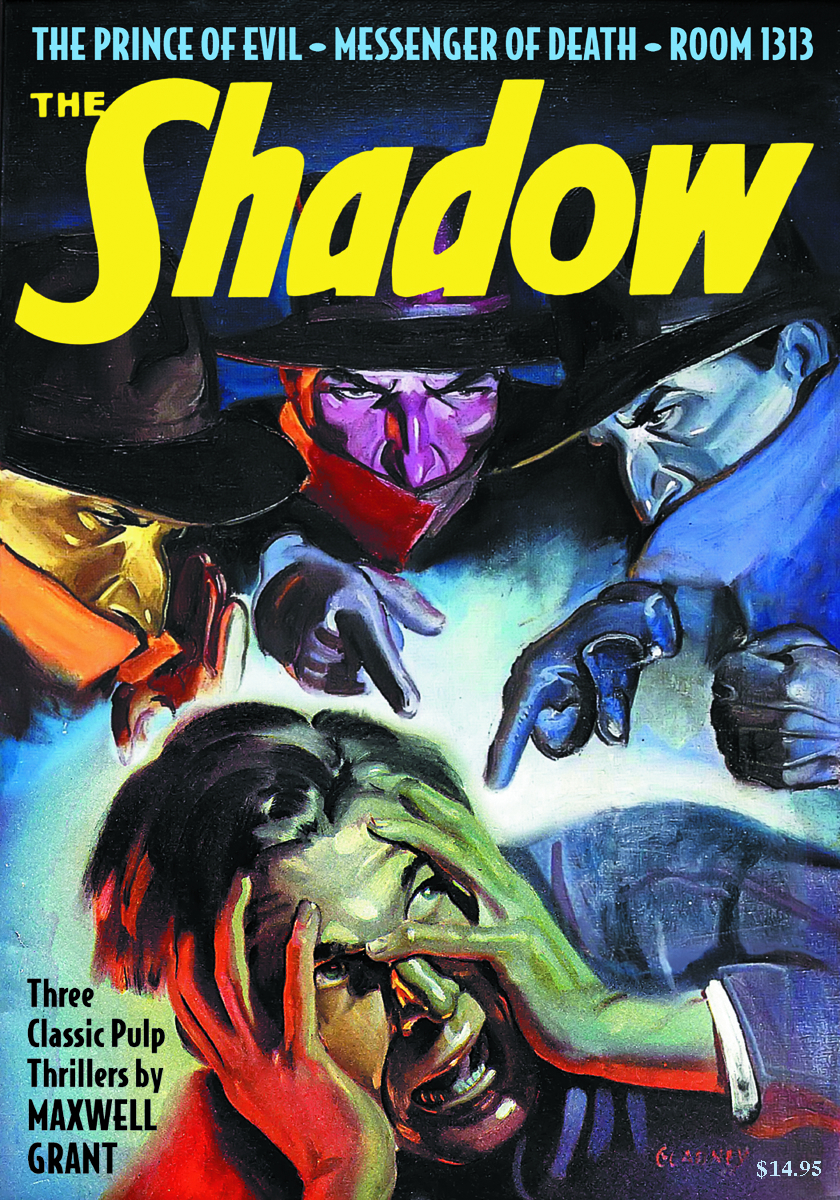 MAR121401
The Knight of Darkness combats supercrime in an extra-length volume showcasing tales by each of the pulp wordsmiths who wrote as "Maxwell Grant." First, in a violent thriller by Theodore Tinsley, The Shadow investigates the murderous machinations of "The Prince of Evil," a sadistic fiend who delights in torture and human misery. Then, The Shadow enters a series of diabolical deathtraps disguised as a "Messenger of Death" to retrieve a secret formula in a classic mystery by Walter Gibson. Finally, Lamont Cranston tracks down a hidden serial killer in Bruce Elliott's "Room 1313."