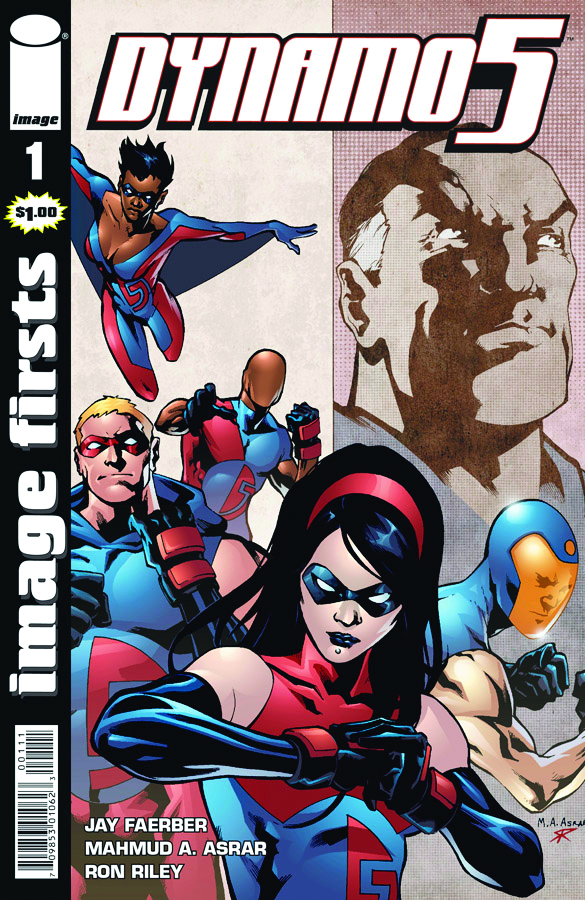 MAR118184
(W) Jay Faerber (A/CA) Mahmud A. Asrar
(W) Jay Faerber (A) Mahmud Asrar
From Image Comics. Captain Dynamo, the greatest super-hero in the world, was not the most faithful husband. Now he's dead and his family is trying to piece together their lives. As his enemies descend on his unprotected city, Captain Dynamo's widow rounds up his five illegitimate children, each of whom have inherited one of their father's super-powers. Can these total strangers come to terms with their powers, their father's legacy and each other as total chaos erupts? Scheduled to ship 05/25/11. (325)