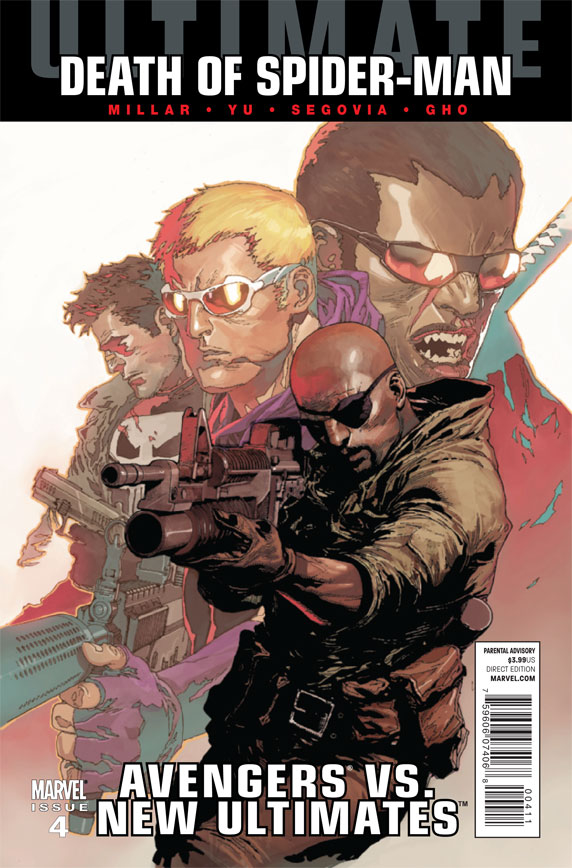 MAR110639
(W) Mark Millar (A/CA) Leinil Francis Yu
Written by MARK MILLAR
Pencils by LEINIL YU with STEPHEN SEGOVIA
Cover by LEINIL YU
Variant Cover by BRYAN HITCH
THE ULTIMATE EVENT OF THE DECADE!
It's super hero versus super hero in this epic battle that pits former allies against each other. When heroes power up there's bound to be some serious damage and what happens here has lifelong consequences!  Get geared up as the Ultimate U is on a collision course and will never be the same! Superstar team-up of Mark Millar and Leinil Yu tell an explosive tale on their final Ultimate run!
32 PGS./Parental Advisory