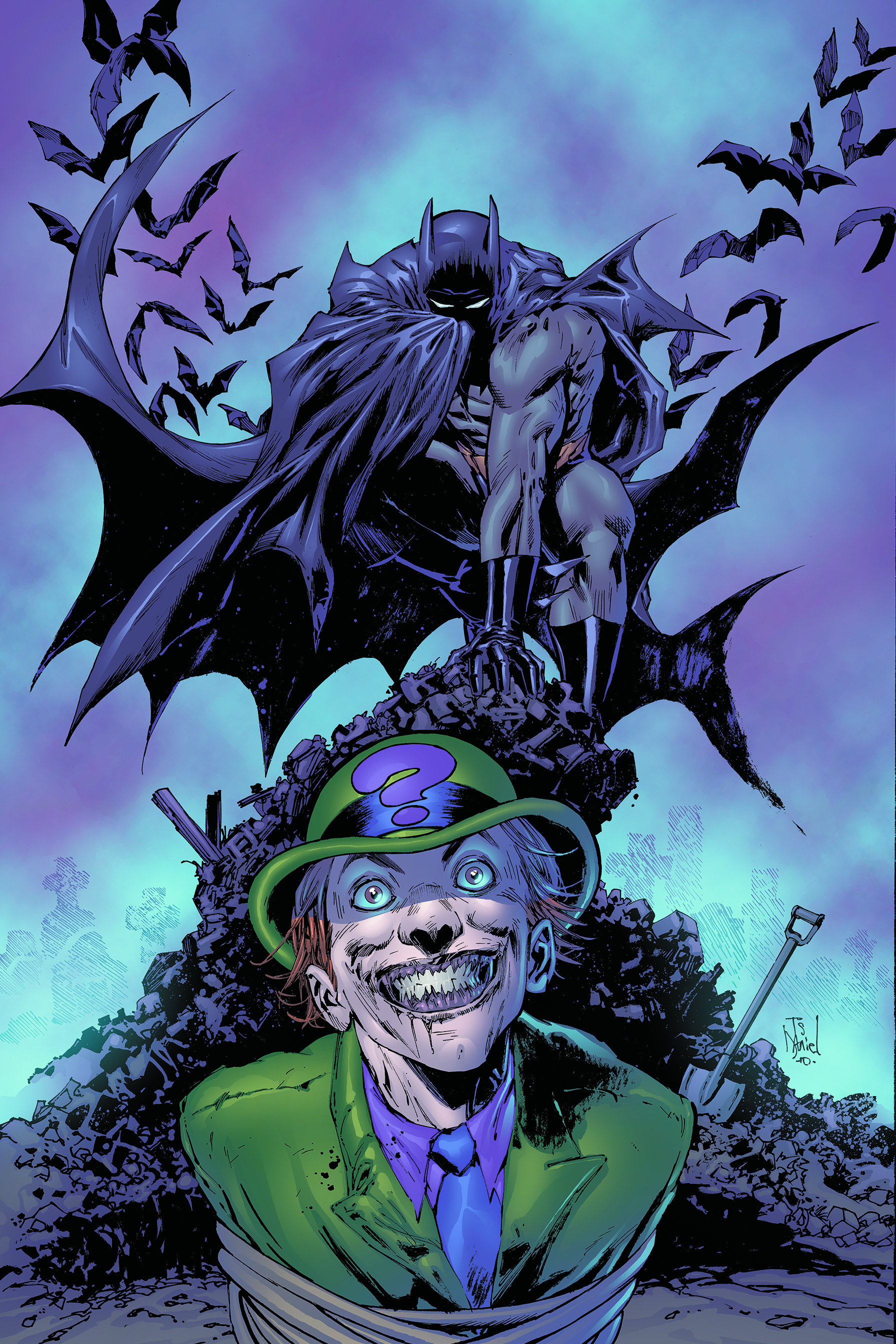 MAR100185
(W) Tony S. Daniel (A) Guillem March (CA) Tony S. Daniel
Written by TONY DANIEL
Art by GUILLEM MARCH
Cover by TONY DANIEL
Only one month until BATMAN #700! As the anniversary issue nears, Dick Grayson's life as the Dark Knight inches dangerously closer to the edge! With the Falcone crime family and The Riddler creating havoc in Gotham City, Batman is completely occupied with no idea what shocking surprise awaits him in the near future!