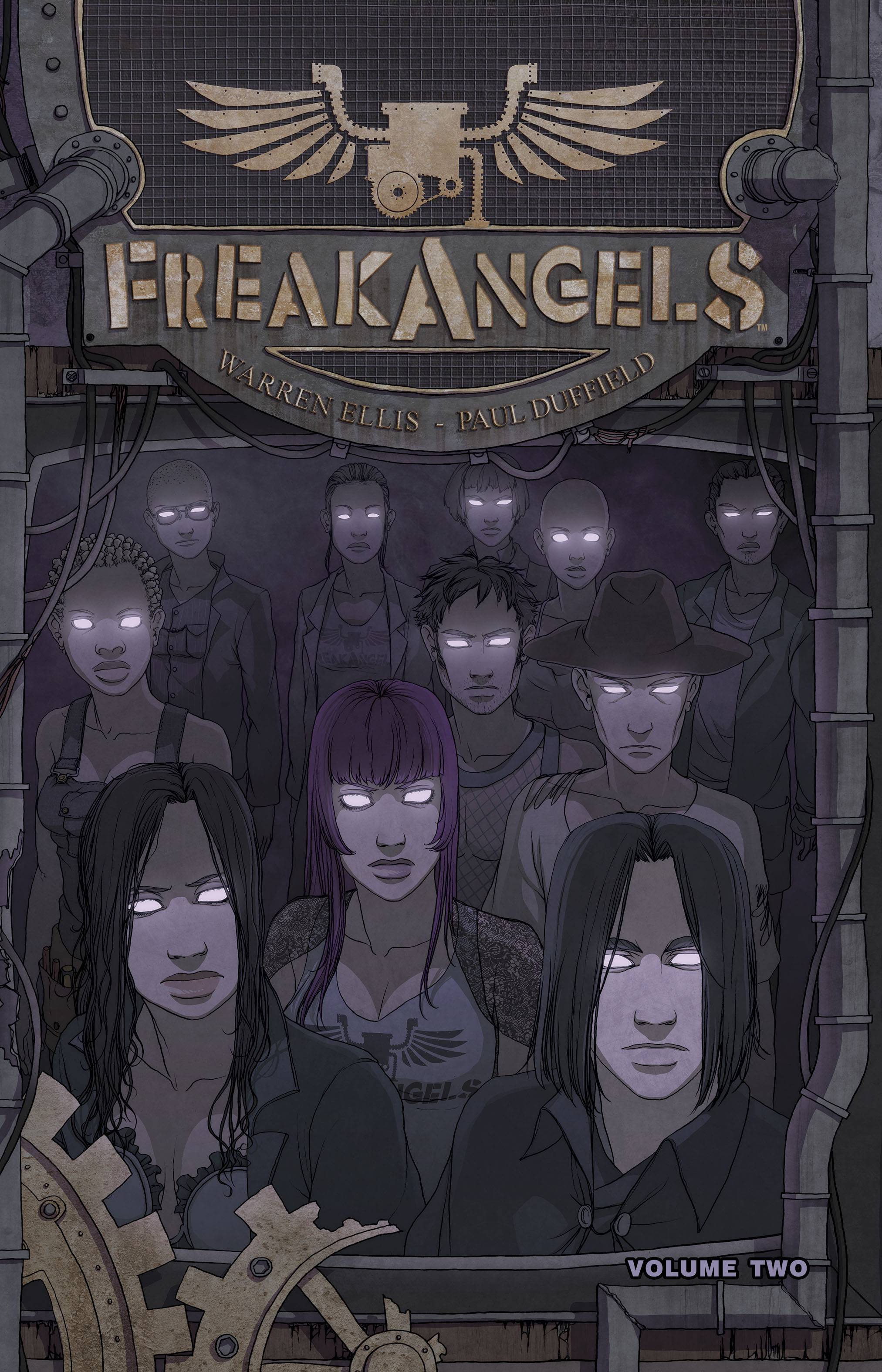 #
MAR094093
(W) Warren Ellis (A/CA) Paul Duffield
Volume Two of award-winning author Warren Ellis' ongoing web comic, Freakangels, is here! his installment collects the entire second arc of the post-apocalyptic saga into 144 gorgeous, full-color pages. Twenty-three years ago, twelve strange children were born in England at exactly the same moment. Six years later, the world ended. Today, eleven strange 23-year-olds are living in and defending Whitechapel, maybe the last real settlement in flooded London. They've made a new friend, and together they successfully defended their home from raiders - but the post-apocalyptic drowned London that the eleven Freakangels survive in is never a safe place, and never surrounded by friends. Night has only just fallen, but strangers already creep through Whitechapel with the worst of intentions and the weapons to see them through. In Freakangels: Volume Two, we discover just how bad the situation in sunken England has become, and we meet the last of the eleven strange Freakangels. But the twelfth, sinister Mark, is still out there somewhere. Ellis' ongoing story of a flooded London is beautifully illustrated in jaw-dropping detail by Paul Duffield, and every page is as much a work of art as it is a compelling and multi-layered story. This second collection is also available as a Hardcover edition with an all-new cover by series artist Paul Duffield that is limited to just 2,000 copies, and a Dual Signed Hardcover edition, limited to only 1000 copies, signed by both Warren Ellis and Paul Duffield!
In Shops: May 27, 2009
SRP: $27.99
View All Items In This Series
ORDER WISH LIST