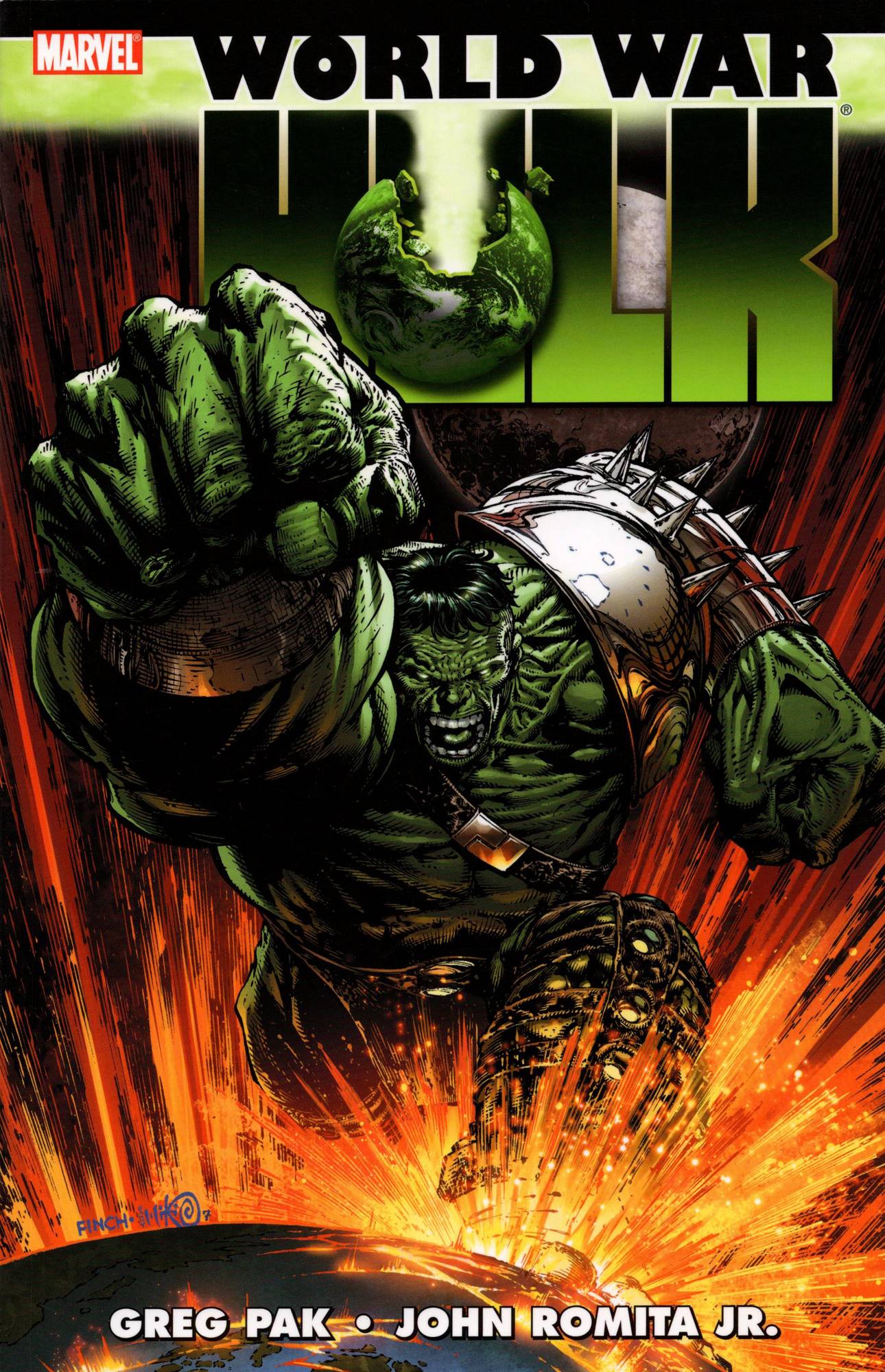 #
MAR082264
(W) Greg Pak (A) John Romita Jr. (CA) David Finch
Written by GREG PAK
Penciled by JOHN ROMITA JR.
Cover by DAVID FINCH
An epic story of anger unbound! Exiled by a group of Marvel "heroes" to the savage alien planet of Sakaar, the Hulk raged, bled and conquered through the pages of last year's "Planet Hulk" epic, rising from slave to gladiator to king. Now the Hulk returns to Earth to wreak his terrible vengeance on Iron Man, Reed Richards, Dr. Strange and Black Bolt ? and anyone else who gets in the way. Stronger than ever, accompanied by his monstrous Warbound gladiator allies, and possessed by the fiercest and purest rage imaginable, the Hulk may just tear this stupid planet in half. Collecting WORLD WAR HULK #1-5.
224 PGS./Rated A ...$19.99
ISBN: 978-0-7851-2596-9
PRODUCT UPDATE (032908): The Hulk: World War Hulk TP will be priced at $24.99, not the originally solicited $19.99 in Marvel Previews. (The price given in the March PREVIEWS Retailer Order Form is correct.)