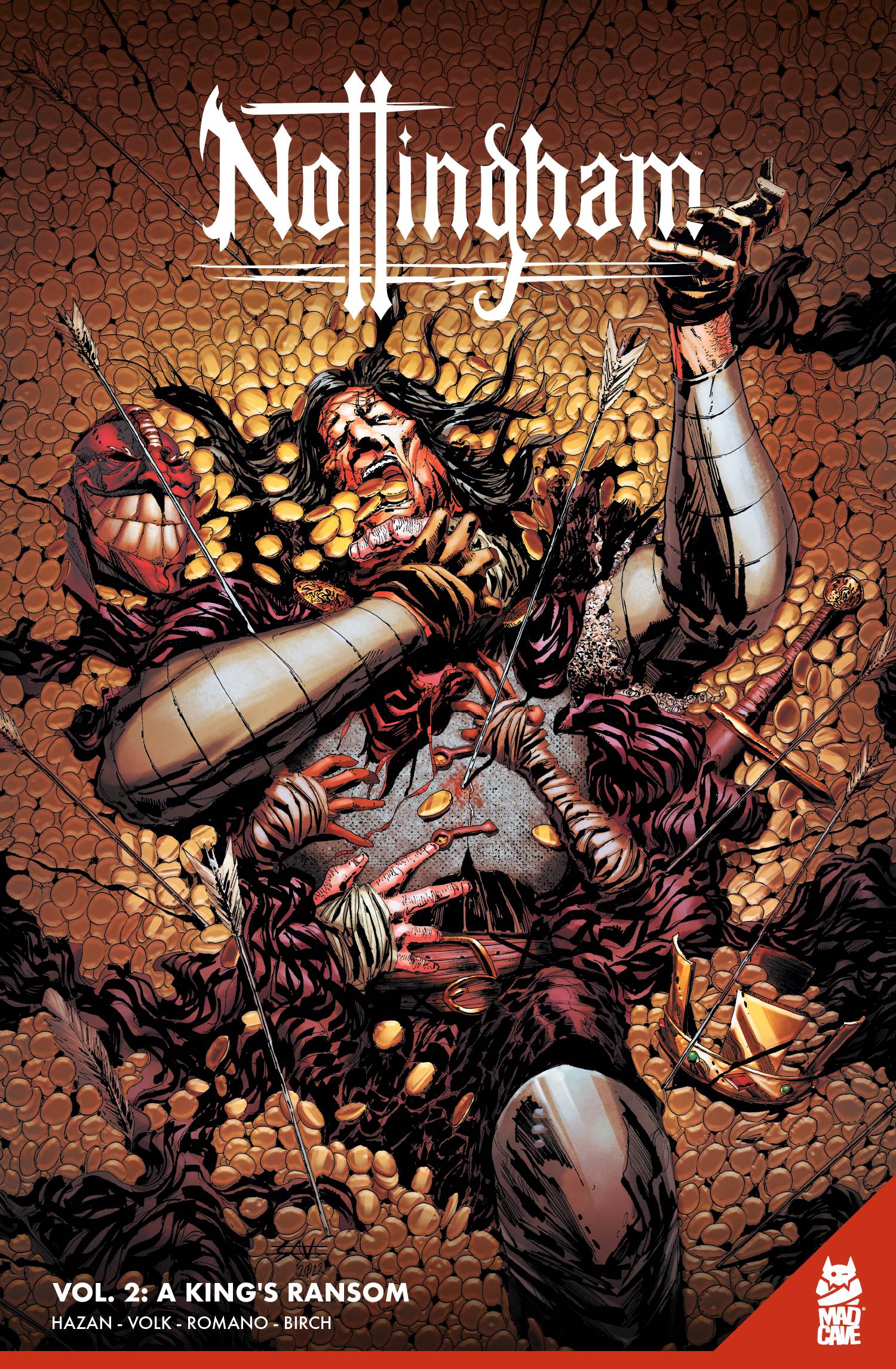 #
JUN228811
(W) David Hazan (A/CA) Shane Connery Volk
When Richard the Lionheart is kidnapped and ransomed by Holy Roman Emperor Henry VI, Everard Blackthorne, the Sheriff of Nottingham, is strongarmed into delivering the ransom and bringing the King home, on penalty of death. The treacherous Prince John and his ally, King Phillip of France, will stop at nothing to ensure Richard remains in captivity, so the Sheriff finds the unlikeliest of allies in none other than Robin Hood and the Merry Men. With Robin and the Sheriff away, Marian hatches her own devious plan to take back Nottingham. Collects issues #6-10.
In Shops: Nov 02, 2022
SRP: $17.99
View All Items In This Series
ORDER SUBSCRIBE WISH LIST