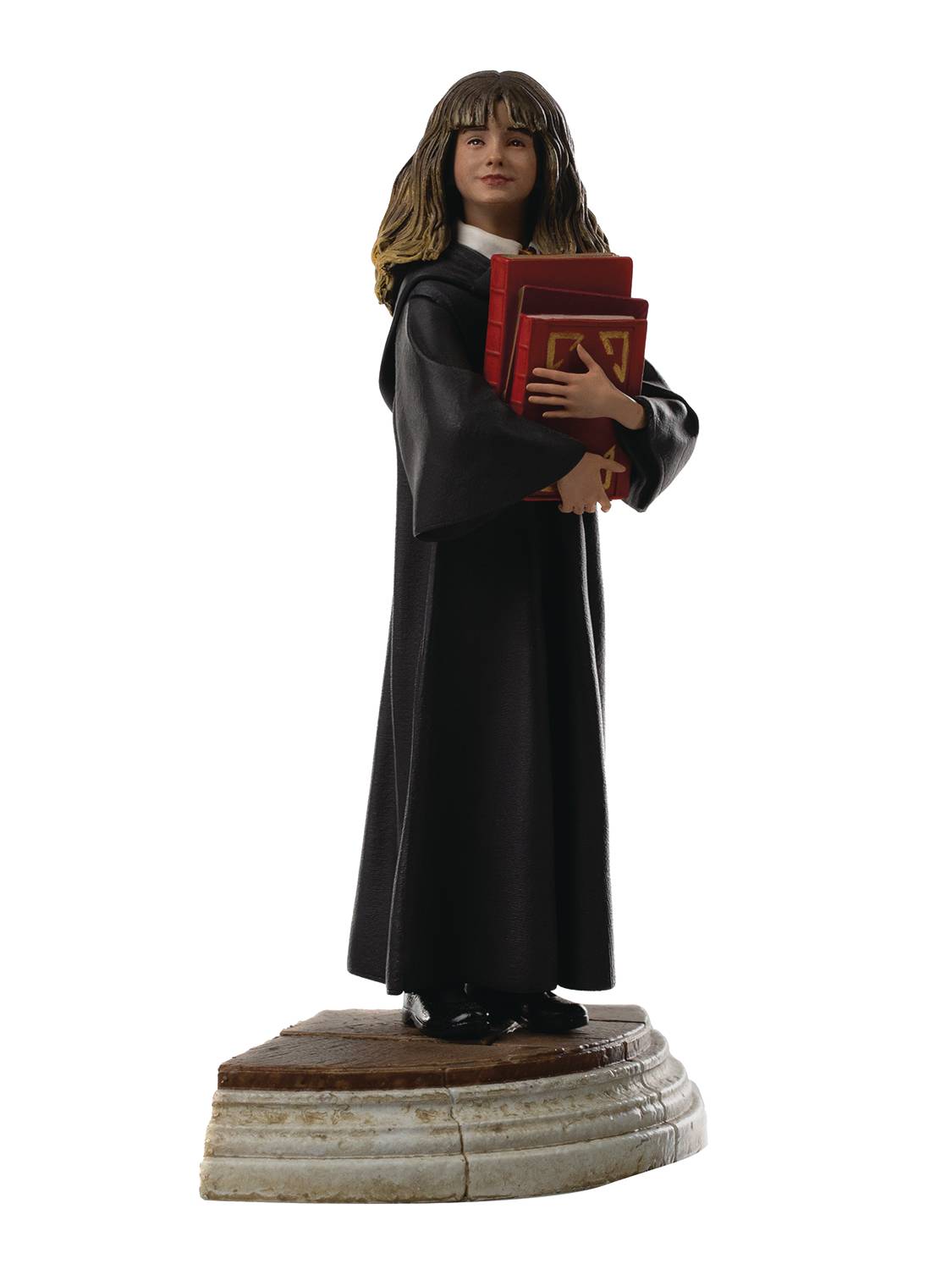 # # # #
JUN228608
From Iron Studios. Featuring the charismatic little witch from the debut of Harry Potter and the Philosopher`s Stone, in her impeccable school uniform holding her beloved books tightly to her body, this figure features an amazing resemblance to the young British actress Emma Watson, who immortalized her in theaters! With a base resembling the rustic Hogwarts floor, fans can display this figure of Hermione along with Ron and Harry (sold separately) and celebrate the 20th anniversary of the film's debut! This 1/10 scale mixed media figure of Hermione Granger stands approximately 6.2" tall.