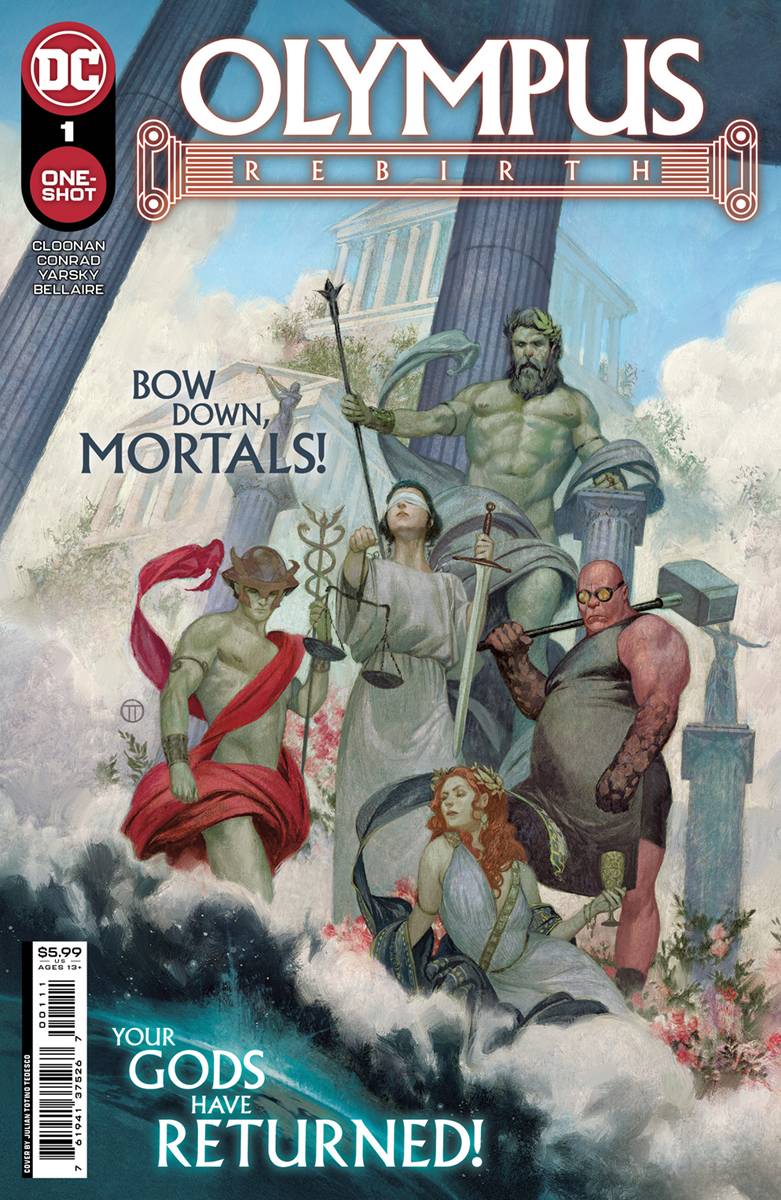 #
JUN223455
(W) Becky Cloonan, Michael Conrad (A) Caitlin Yarsky
After years of bitter and violent conflict, the Greek pantheon of gods stands united to welcome their latest goddess...Hippolyta of Themyscira! Due to her heroic efforts in the mortal realm, the former queen has earned her rightful place among the gods and plans to use her newfound powers to take care of her Amazon sisters from beyond. Little does she know, some of the gods are wary of the new future Hippolyta brings and will do just about anything to stop it! Join the Wonder Woman writing duo of Becky Cloonan and Michael W. Conrad-along with artist Caitlin Yarsky (Black Hammer) in her DC debut-for an unforgettable new adventure on Mount Olympus. It's only the beginning of many exciting things to come for Wonder Woman and her world!
In Shops: Aug 23, 2022
SRP: $5.99
ORDER WISH LIST