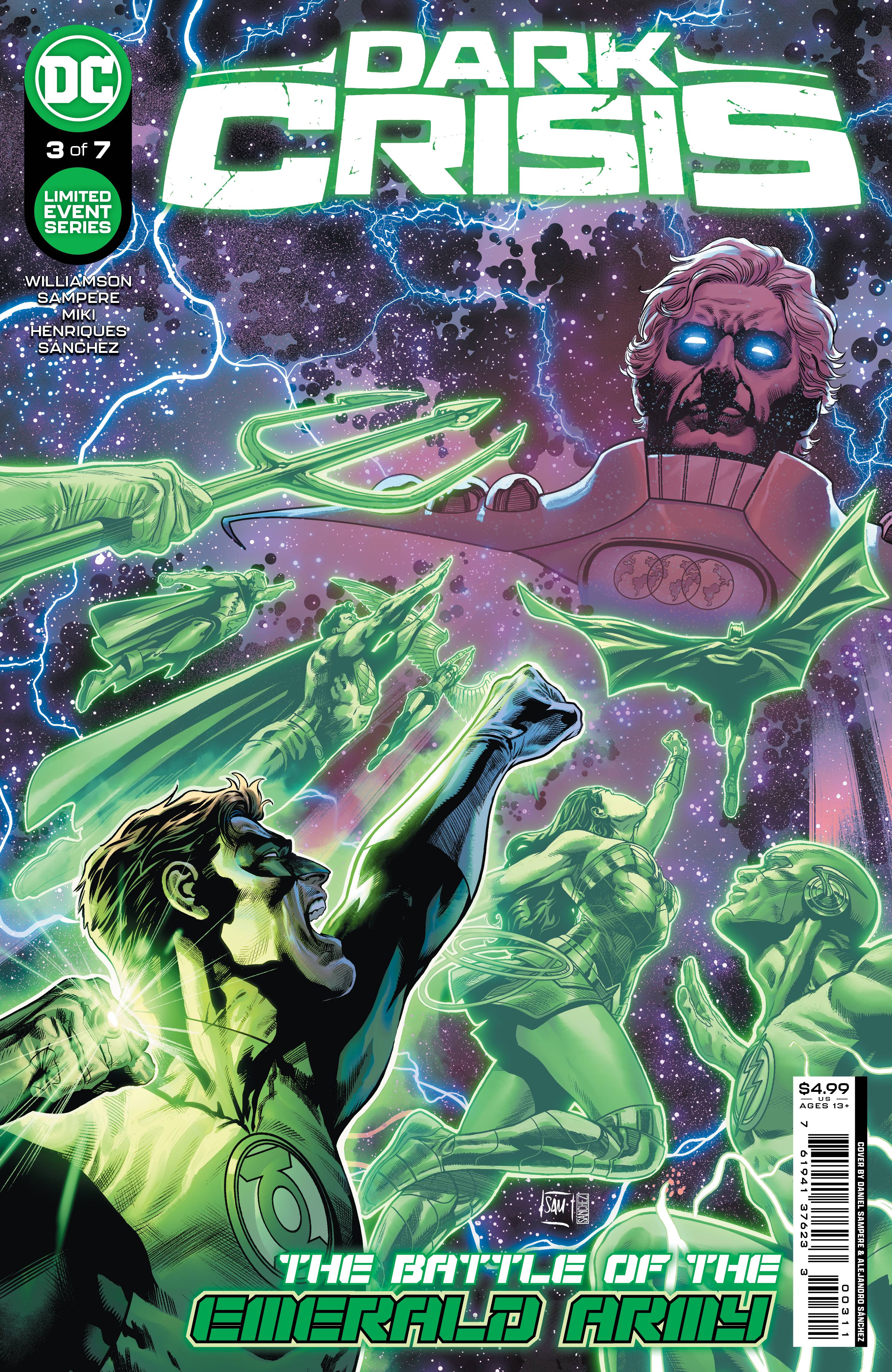 #
JUN223404
(W) Joshua Williamson (A/CA) Daniel Sampere
THE BATTLE OF THE EMERALD ARMY HAS BEGUN! Hal Jordan has launched all-out war on Pariah and the Dark Army to avenge his fallen Justice League teammates-but how can one man stand in the way of the Great Darkness? Meanwhile back on Earth, Titans Tower has burned and Deathstroke's army has continued its scorched-earth march across the planet. To stop Slade Wilson, the young heroes of the DCU might have no other choice than to turn to the brutal tactics of Black Adam...
In Shops: Aug 02, 2022
SRP: $4.99
View All Items In This Series
ORDER SUBSCRIBE WISH LIST