HIS NAME IS BANKSY GN 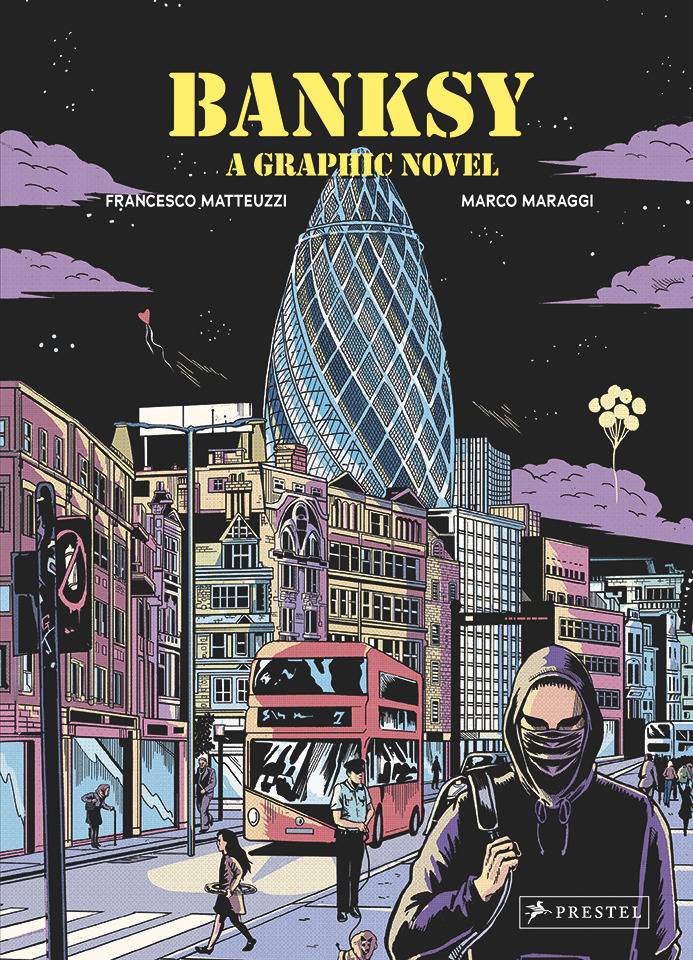 #
JUN221822
(W) Francesco Matteuzzi (A) Marco Maraggi
Banksy is arguably the most well-known street artist of all time. But we don't actually know who he is. This is just one of many contradictions that are addressed in this enormously compelling graphic biography. When two young Londoners are caught spray-painting graffiti on a city wall, they get to know each other while detained by the police. After they are released, they decide to make a film of Banksy's life, tracing the arc of his career as they travel through the streets of London. Readers will learn not only of Banksy's politically charged art and the causes he championed, but also of its worldwide dissemination, museum exhibitions, and record-breaking auctions. While readers may not learn Banksy's true identity, this uniquely graphic form of storytelling communicates the artist's belief that art is for everyone, speaks to everyone, and is owned by everyone.
In Shops: Oct 12, 2022
SRP: $24.95
ORDER WISH LIST