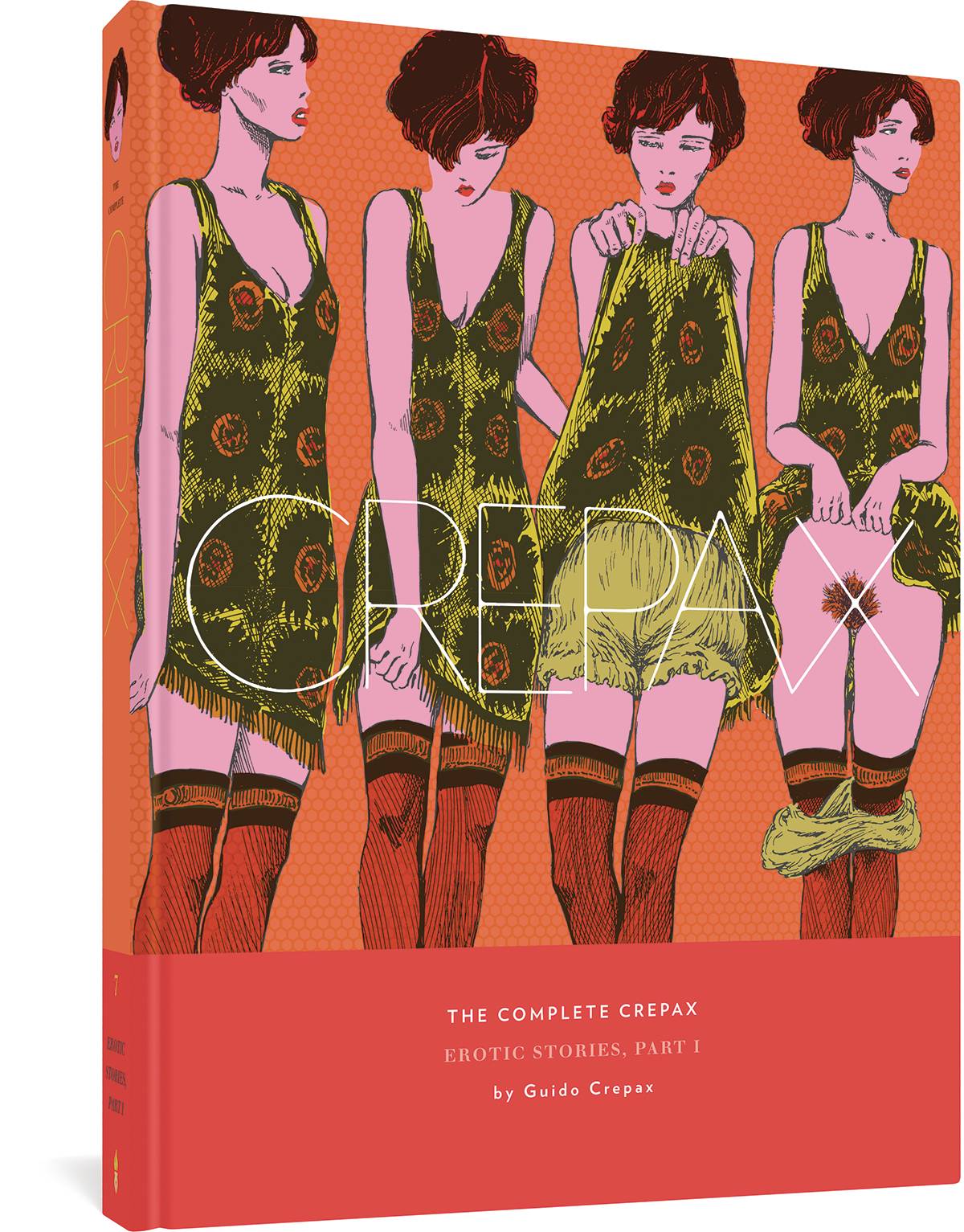 #
JUN221549
(W) Guido Crepax (A/CA) Guido Crepax
In the first of two volumes in Fantagraphics' Crepax series devoted to the artist's comics adaptations of the erotic literary canon, Valentina takes on Georges Bataille's The Story of an Eye, and then we follow Arsan's Emmanuelle on her sensual journey. "The Story of a Story" (1981) stars Milanese photographer Valentina. Finding herself home alone, she cheekily decides to fantasize about Georges Bataille's infamous novella The Story of an Eye - with a twist: she's playing all the roles! In the stories "Emmanuelle" (1978) and "Emmanuelle: The Anti-Virgin" (1990), Crepax follows the titular heroine on her sensual journey as the polyamorous wife of a French diplomat in Thailand. While the character is best known as the star of a series of pornographic movies, most notably the 1974 film starring Sylvia Kristel, she originated in a banned 1959 novel by Marayat Rollet-Andriane (pen name Emmanuelle Arsan), a Thai French woman. Emmanuelle has a sexual encounter on a plane, plays a steamy game of squash with
a countess, falls for a woman named Bee, and has an intense experience at a temple, among the many other transgressive exploits Crepax details from the novel. And, in an innovation of Crepax's own - she crosses paths with King Kong! This volume is the first of two featuring comics adaptations from the literary erotica canon along with supplemental and contextual material. And, as is observed in the Crepax Archives, "[The cartoonist,] covered by the authority of classics, ventures into territories of eroticism that up to now he had only dared to touch."
In Shops: Aug 17, 2022
SRP: $85.00
View All Items In This Series
ORDER SUBSCRIBE WISH LIST