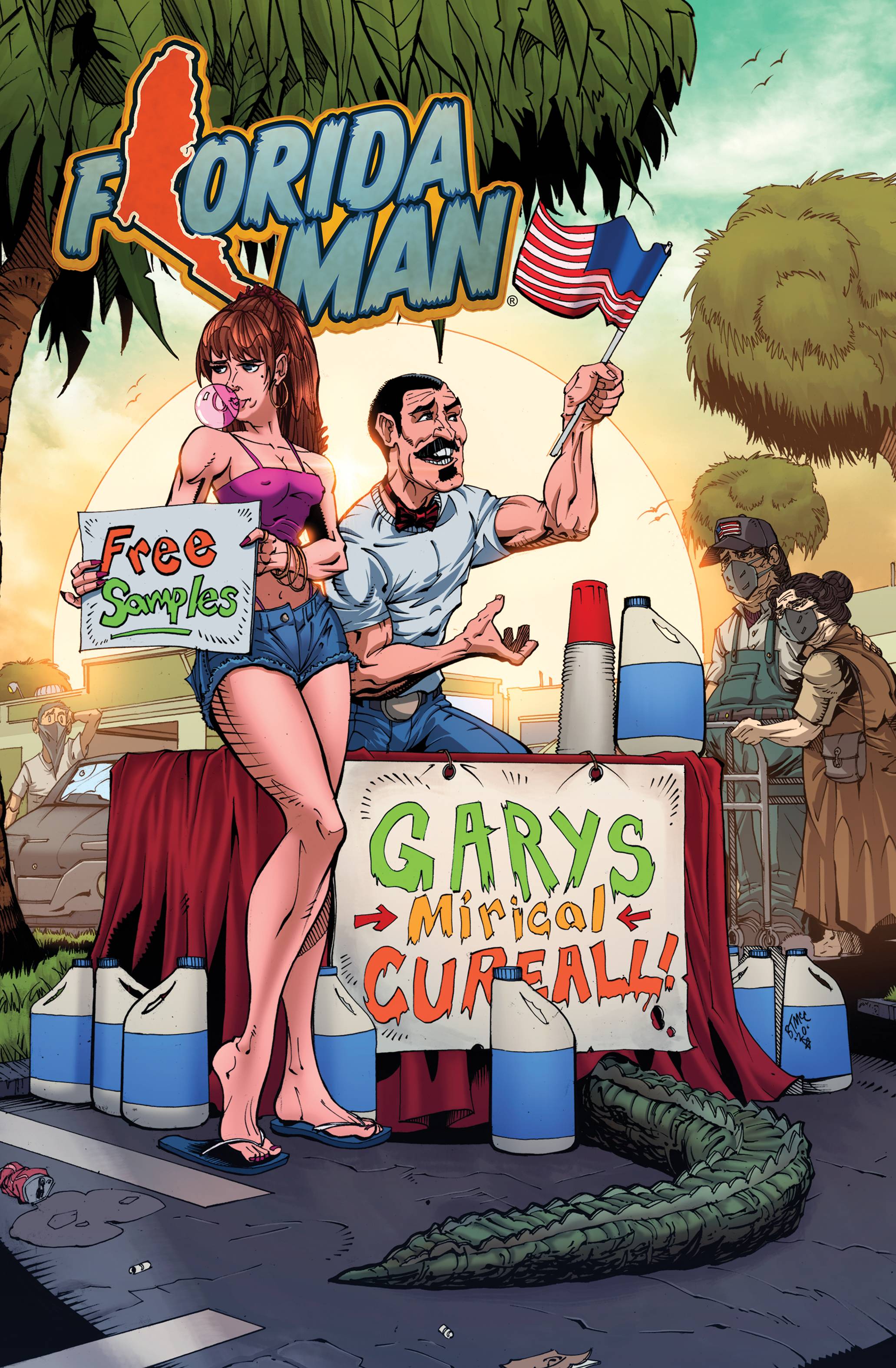 #
JUN221240
(W) Mike Baron (A) Todd Mulrooney, Elias Marins (CA) Barry McClain Jr
After Gary gets out of jail, his luck begins to change. His lottery numbers come in and he can finally give his gal Krystal a big wedding. The happy couple buy a mansion, luxury SUV, state of the art flamethrowers, and much, MUCH more. But the honeymoon is interrupted by the po-po, causing Krystal to go berserk. Luckily her friend gets it all on a viral video launching Krystal's wrestling career. The hilarious tales continue in this second stupefying issue of Eisner-winner Mike Baron's Florida Man!  Florida Man #2 is available with two covers - Main by Elias Martins and Variant by Barry McClain Jr.
In Shops: Aug 31, 2022
SRP: $3.99
View All Items In This Series
ORDER SUBSCRIBE WISH LIST