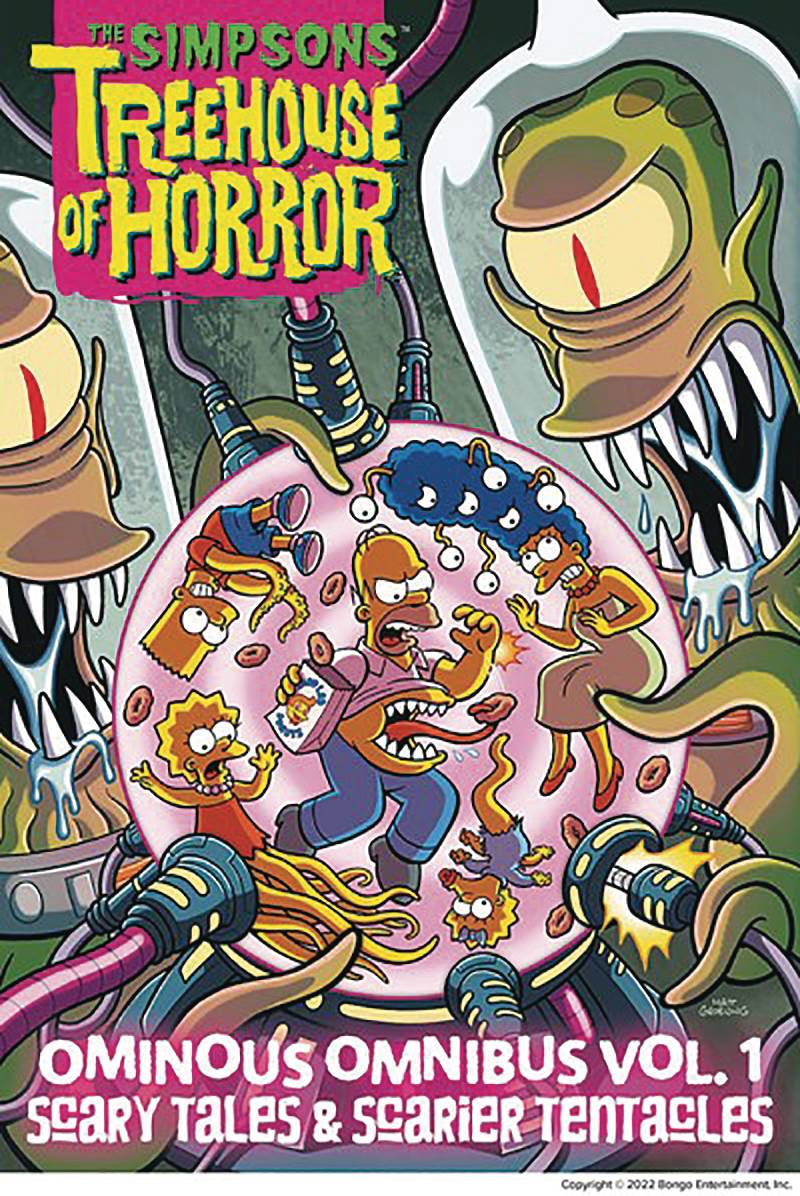 #
JUN221159
(W) Various (A/CA) Various
The Treehouse of Horror started as an annual Halloween tradition on The Simpsons, beginning during the second season in 1990. In fall 1995, the first of 23 comics were produced by Bongo, telling new stories written and illustrated by some of the biggest names in comics, including Michael Allred (Madman), Sergio Aragonés (MAD magazine), Kyle Baker (Nat Turner), Jeffrey Brown (Star Wars: Darth Vader and Son), and Jill Thompson (Scary Godmother), as well as celebrities such as Mark Hamill, Thomas Lennon, and Patton Oswalt. Collected for the first time in a deluxe hardcover slipcase with an all-new die-cut cover that glows in the dark, these award-winning comics place the world's most beloved animated family in exciting horror, science-fiction, and supernatural settings, making this series the perfect gift for the Halloween season and Simpsons fans of all ages. The volume also includes an introduction from Bart Simpson.
In Shops: Aug 17, 2022
SRP: $39.99
View All Items In This Series
ORDER SUBSCRIBE WISH LIST