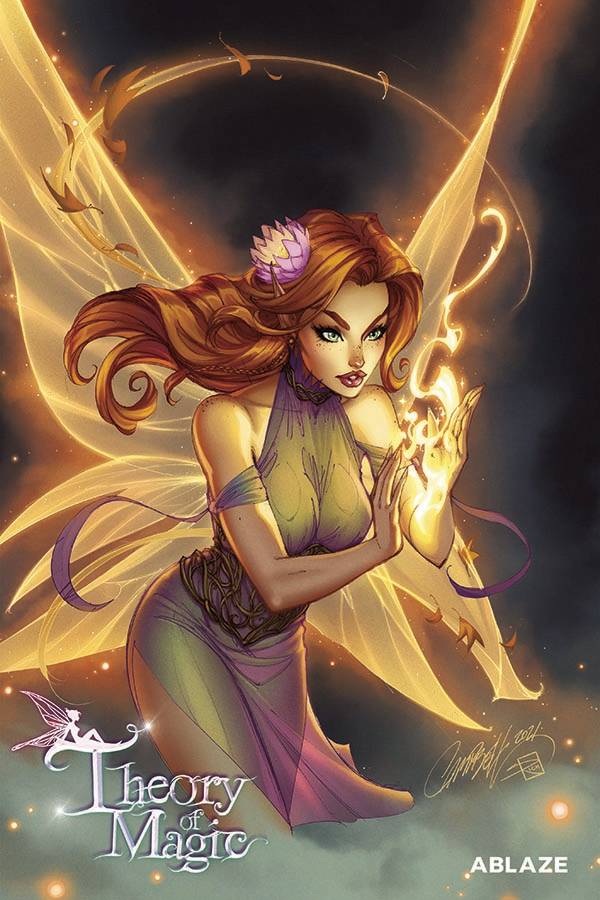 # #
JUN221143
(W) J.P. Roth (A) Sabine Rich (CA) J. Scott Campbell
Fall into a world of fairytales that tests all the theories of magic...in JP Roth and Sabine Rich's Theory of Magic.
On the day the god Cronus was born, it is said, the earth quaked and screamed at its core. The cliffs bordering the sea crashed together, flames shot into the open sky. Each flame carried a Seelie fairy. In their blood flowed the magic of the old worlds and the fire of immorality. The Unseelie were formed in the ashes that fell to the ground, they carried no flame and could die. The ruling gods struck an accord with the Unseelie who protested their fate: Every hundred years, a Seelie fairy must be human for three days, in that time, the Unseelie could hunt their immortal flame, and gods would close their eyes,
A princess of firelight and next in line for the Seelie throne, Selyara is a girl who wants only freedom. Given no protection, she must face three days as a human, alone. Lavara sits on the Seelie throne as queen regent until Selyara has completed and survived her human trial. If Selyara dies, Lavara will take the throne.
JP Roth & Sabine Rich's Theory of Magic graphic novel holds seven chapters of full color story and art, drawn and colored by Sabine Rich, and includes a cover gallery as well as sketch and layout bonus pages, and a new cover by J Scott Campbell!
In Shops: Dec 07, 2022
SRP: $19.99
ORDER WISH LIST