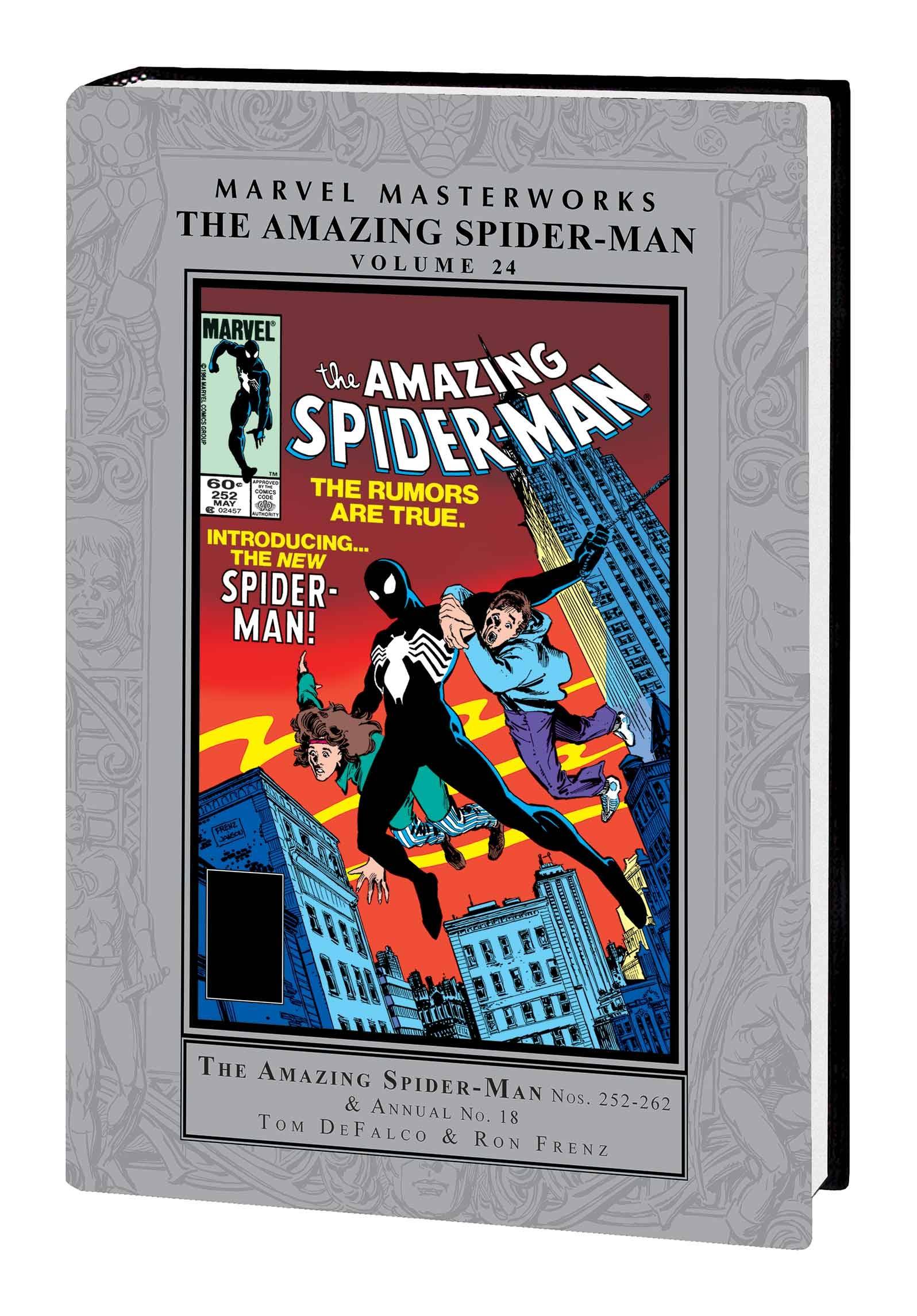 #
JUN221087
(W) Tom DeFalco, Various (A) Various (A/CA) Ron Frenz
The rumors are true! Spider-Man came out swinging in 1984 in a new black costume that rocked the comics industry and changed the way Marvel viewed its most famous iconography! The Marvel Masterworks launches into this historic era of Spidey history with a collection that showcases top-shelf work from the creative team of Tom DeFalco and Ron Frenz. They ask: Who is the Rose, and why has he picked Spidey as his target? Then the Red Ghost and Jack O'Lantern return, while the Puma makes his debut! Meanwhile, the Hobgoblin goes on the hunt for Norman Osborn's most dreaded secrets - and has Liz and MJ square in his sights! Plus: Stan Lee returns to script a double-sized Annual showdown with the Scorpion! Collecting AMAZING SPIDER-MAN (1963) #252-262 and AMAZING SPIDER-MAN ANNUAL (1964) #18.
Rated T
In Shops: Dec 14, 2022
SRP: $75.00
View All Items In This Series
ORDER SUBSCRIBE WISH LIST