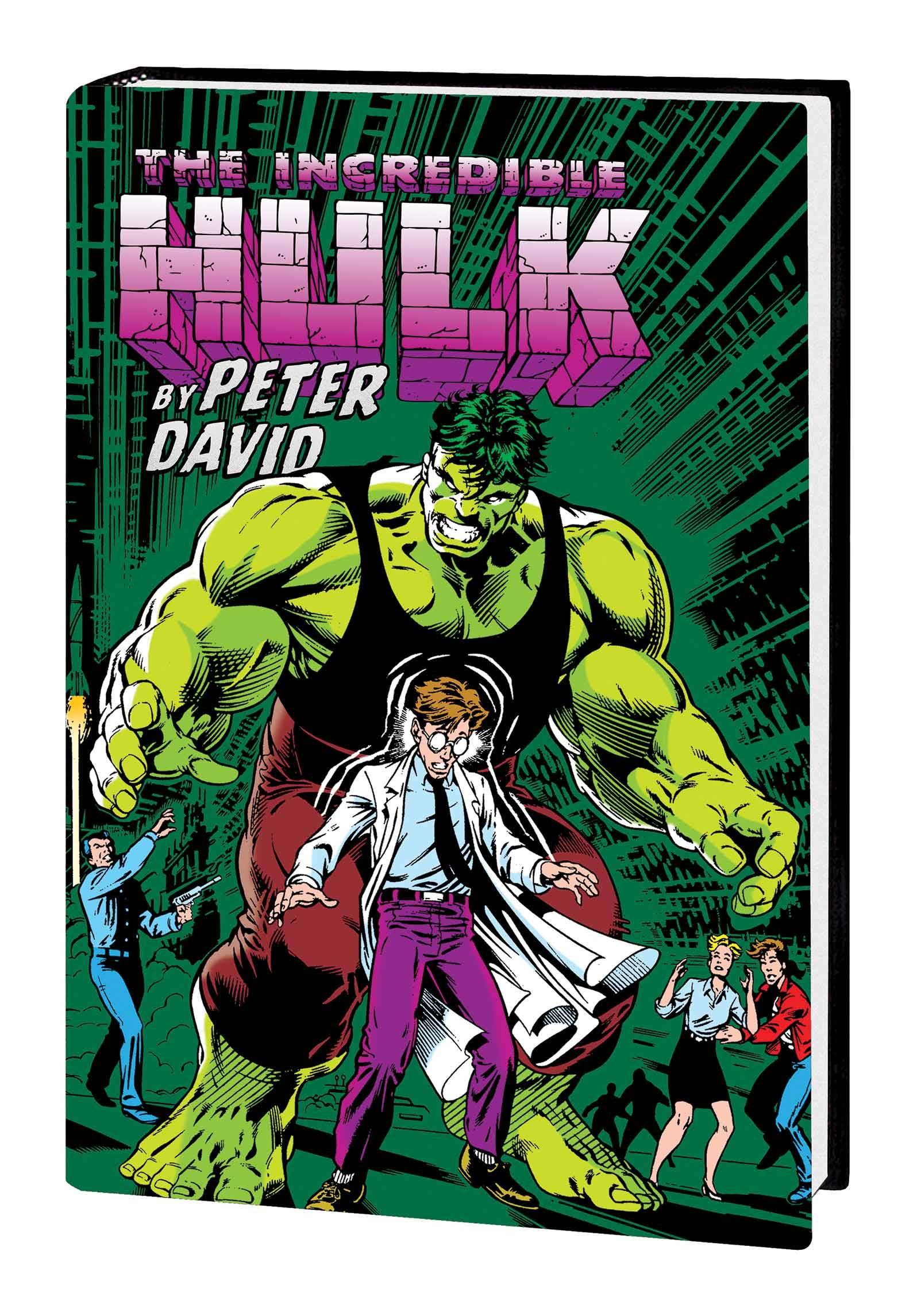 #
JUN221084
(W) Peter David, Various (A) Various (A/CA) Dale Keown
Peter David's groundbreaking run continues! The Hulk is finally getting his head together, with Doc Samson's help - but will the dominant personality end up being gray, green or something new? Either way, he'll need both brains and brawn when the mysterious Pantheon comes calling with an offer of recruitment! The gray Hulk battles Freedom Force, the Super-Skrull and the Rhino - while the Green Goliath takes on the Abomination, the U-Foes and X-Factor! Meanwhile, Rick Jones falls in love - but will tragedy strike when a face from his past surfaces? The Hulk revisits his origins in an anniversary psychodrama and teams with the Punisher for a Las Vegas homecoming. But events build to a (great big) head when the Leader returns! Collecting INCREDIBLE HULK (1968) #369-400 and ANNUAL #16-18, X-FACTOR (1986) #76 and material from MARVEL HOLIDAY SPECIAL #2.
Rated T
In Shops: Jan 25, 2023
SRP: $125.00
View All Items In This Series
ORDER SUBSCRIBE WISH LIST