VAMPIRELLA YEAR ONE #2 CVR B PARILLO 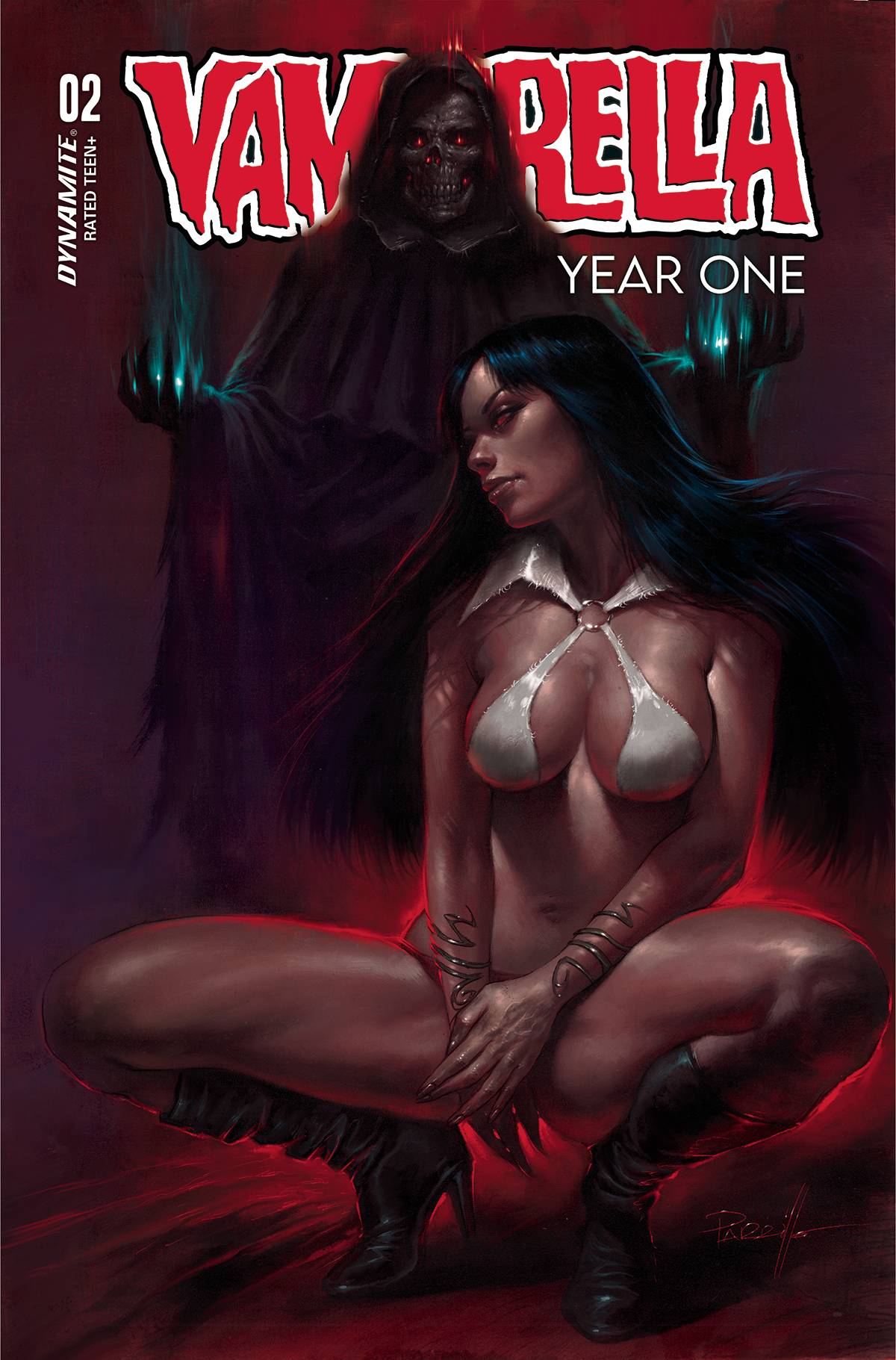 #
JUN220726
(W) Christopher Priest (A) Ergun Gunduz (CA) Lucio Parrillo
"The History of the World" continues! Having fled the elite underground city of New Asema to hide from Lilith's enemies, a preteen Vampirella takes refuge on the surface world, which has been ravaged by a drought caused by her mother's machinations. Taken in by a wealthy aristocrat, Vampi learns compassion for Drakulon's underclass, which leads to a comical petty theft that brings Vampi into confrontation with her mother's mysterious Lieutenant, who is certain to expose the child's secret and ruin Vampi's one chance to escape her mother's influence.
All this and the origin of the planet Drakulon and the mysterious alternate reality of Earth known as Arcadia!
In Shops: Aug 31, 2022
SRP: $3.99
View All Items In This Series
ORDER SUBSCRIBE WISH LIST