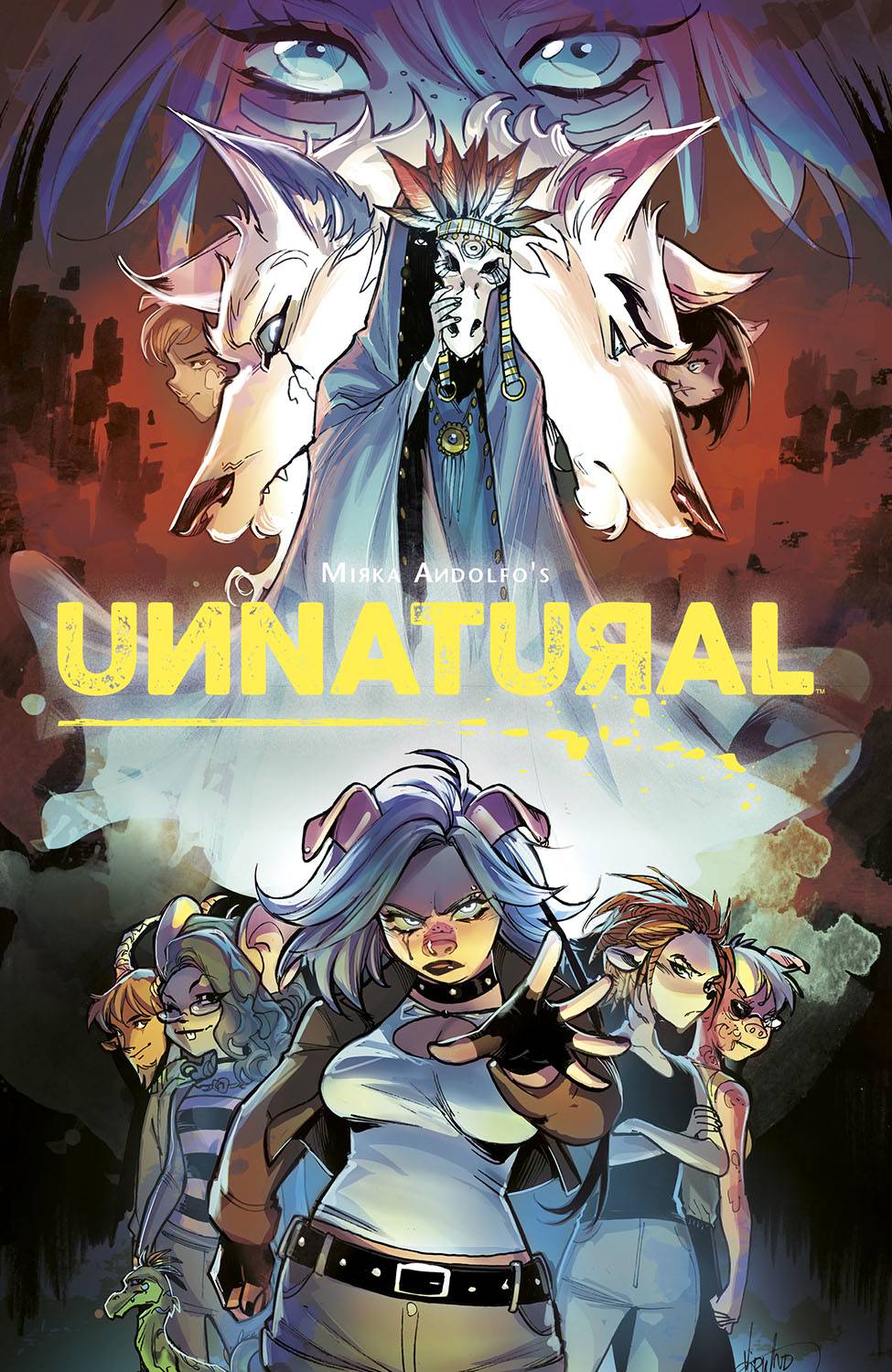 #
JUN220201
(W) Mirka Andolfo (A/CA) Mirka Andolfo
Leslie J. Blair is a simple pig girl. She loves sushi, and she hates her job. Her world is dominated by a totalitarian government that interferes in the personal lives of its citizens, punishing transgressors for so-called "unnatural" relationships. Leslie dreams of something different for herself,
but these dreams are quickly becoming dangerous. And when she wakes up, it feels as if she's being watched.
For the first time, the whole suspenseful erotic fantasy series that made MIRKA ANDOLFO (MERCY, SWEET PAPRIKA, DEEP BEYOND, Punchline, Wonder Woman) a rising star is collected in a unique hardcover book, featuring loads of bonus content and an all-new cover by MIRKA herself.
COLLECTS UNNATURAL #1-12.
In Shops: Jul 20, 2022
SRP: $39.99
PREORDER WISH LIST