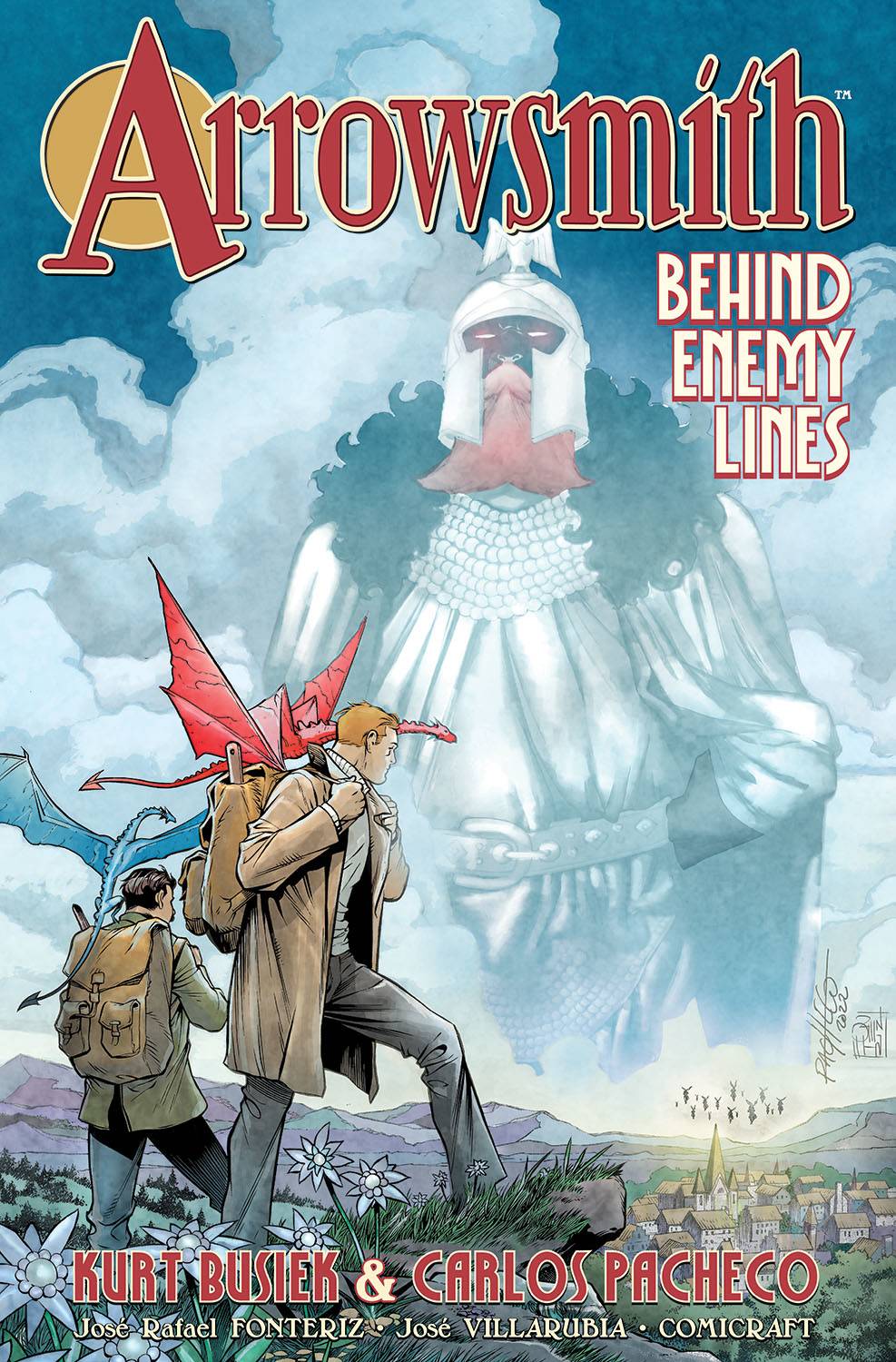 #
JUN220154
(W) Kurt Busiek (A/CA) Carlos Pacheco, Jose Rafael Fonteriz, Jos? Villarrubia
ADVANCE SOLICIT
In a world where World War One is fought with magic and dragons as much as bullets and trenches, young Fletcher Arrowsmith of the Overseas Aero Corps is sent on a secret mission into enemy territory, to find a mysterious ally and stop a deadly plan that could destroy all of Europe. Along the way, he'll deal with dangerous enemy sorcerers, werewolves, and trolls...and learn the true secrets behind magic and the war itself.
Superstar creators KURT BUSIEK (ASTRO CITY, Marvels) & CARLOS PACHECO (X-Men, Avengers Forever, Superman) deliver a war, and a world, like none other. Collects ARROWSMITH: BEHIND ENEMY LINES #1-6.
In Shops: Sep 21, 2022
SRP: $16.99
View All Items In This Series
ORDER SUBSCRIBE WISH LIST