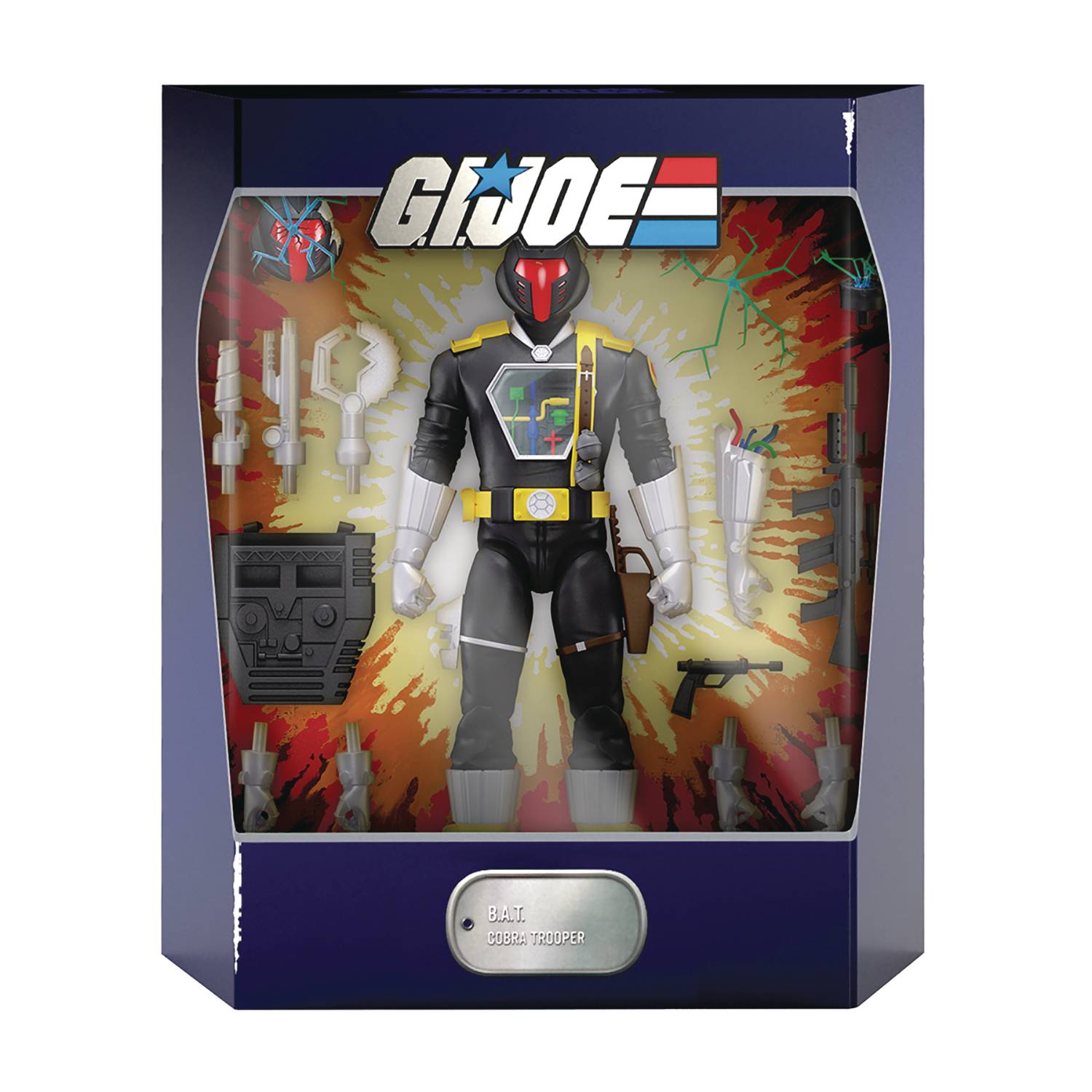 # # # #
JUN218239
From Super7. The conflict between G.I. Joe and Cobra for the fate of the world continues with Super7's G.I. Joe ULIMATES! figures! G.I. Joe's Field Commander, Sergeant Conrad S. Hauser - better known as Duke - knows multiple languages, but the one he may be most fluent in is the language of kicking Cobra butt! Snake Eyes may not be able to speak, but his G.I. Joe ULTIMATES! figure pretty much speaks for itself! They may lack the over-the-top dramatic flourishes exuded by many of Cobra's notable characters, but Cobra Battle Android Troopers (B.A.T.) more than make up for that in their ability to unleash pure battlefield carnage and mayhem! These made-to-order 7" scale fully articulated G.I. Joe ULTIMATES! figures come with interchangeable heads and hands, and a variety of accessories, including battle damaged pieces, weapon attachments, multiple guns and more!