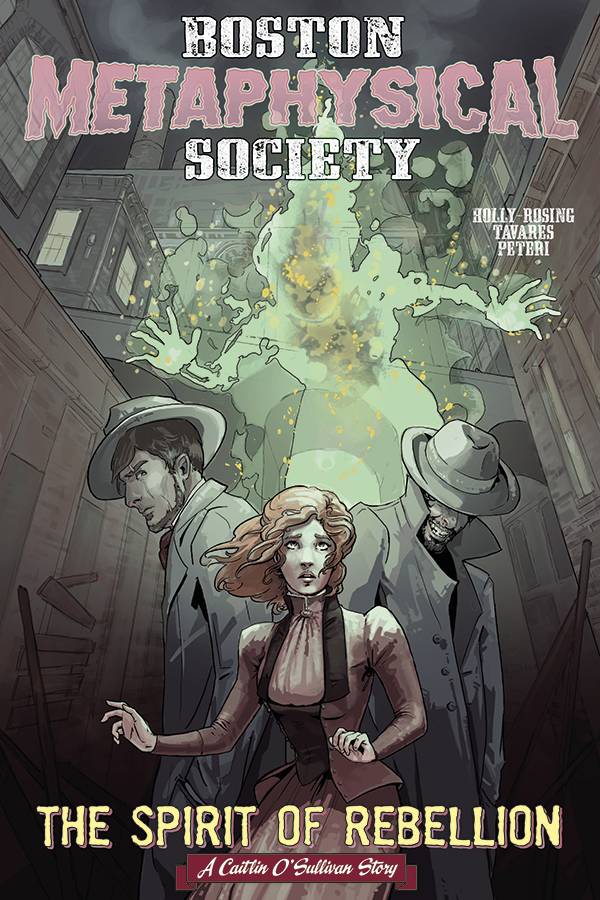 #
JUN211783
(W) Madeleine Holly-Rosing (A) Gwynn Tavares
Even after saving Boston, Caitlin is thrown out by her mother for working with Samuel and Granville. Samuel takes her to the boarding house of an old friend in Philadelphia where she discovers a ghost, the beginning of a rebellion, and perhaps her destiny. Like Boston, the poor and working class of Philadelphia are pushing back against the Great Houses, and Caitlin and Samuel are caught in the middle of it. And much to her surprise, Caitlin has discovered that the battle with The Shifter has left her with telekinetic powers. What no one realizes is that a Pinkerton by the name of Harry Connelly has taken a special interest in Caitlin and the boarding house. Is he friend or foe? And what does this mean for Samuel and Caitlin?
In Shops: Aug 25, 2021
SRP: $4.99
ORDER WISH LIST