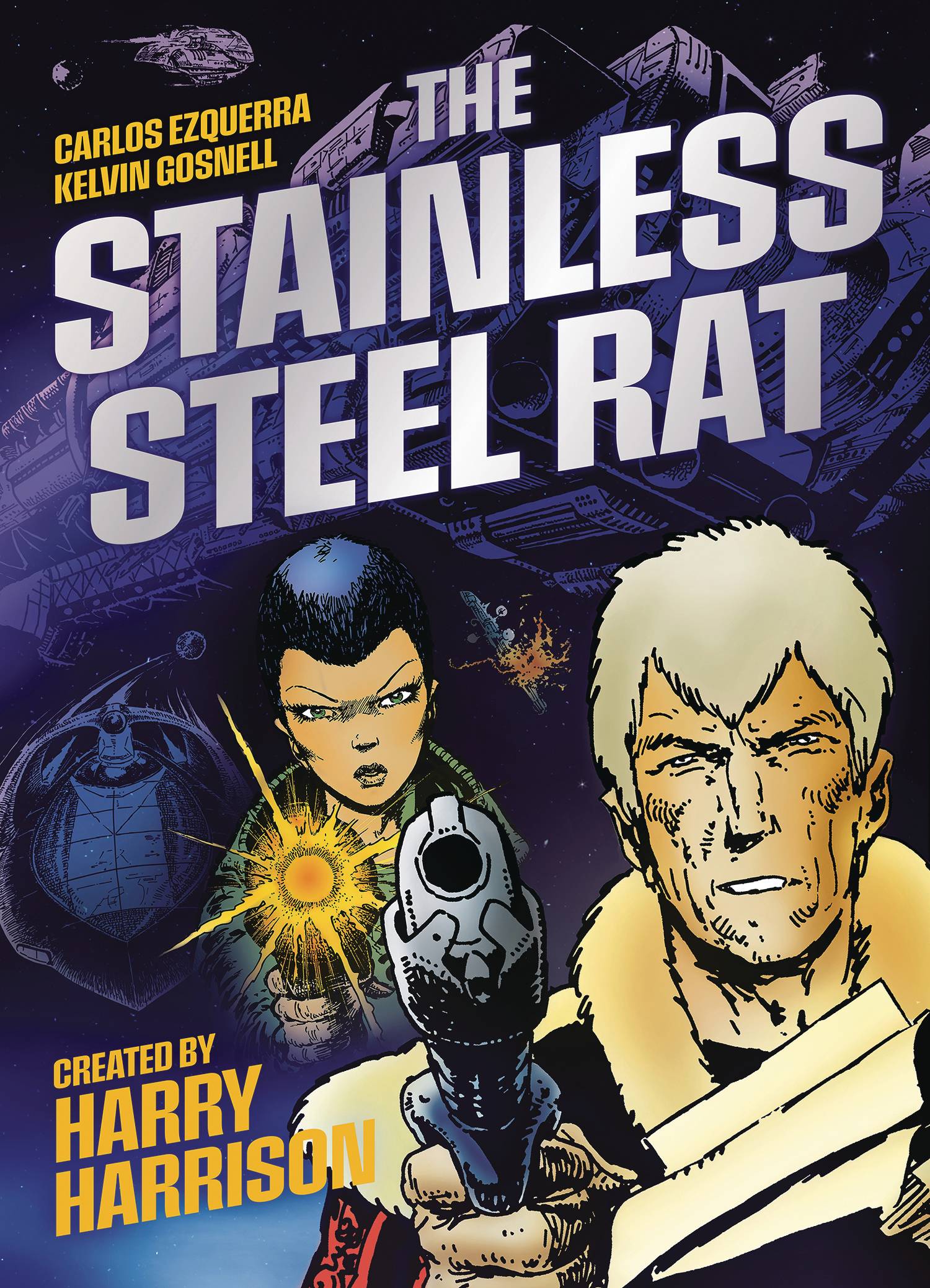 #
JUN211734
(W) Kelvin Gosnell (A) Harry Harrison
Based on Harry Harrison's science-fiction classic, this collection features the stunning artwork of Carlos Ezquerra, including the stunning color spreads as they originally appeared in 2000 AD. James Bolivar diGriz, aka "The Stainless Steel Rat," is many things, including a con man, a thief, and a member of an elite law-enforcement agency known as the Special Corps. After escaping the corps, the Rat crosses paths with the beautiful but deadly Angela. Like Jim diGriz she is also a master criminal, albeit far ruthless. They are a match made in hell!
In Shops: May 11, 2022
SRP: $24.99
ORDER WISH LIST