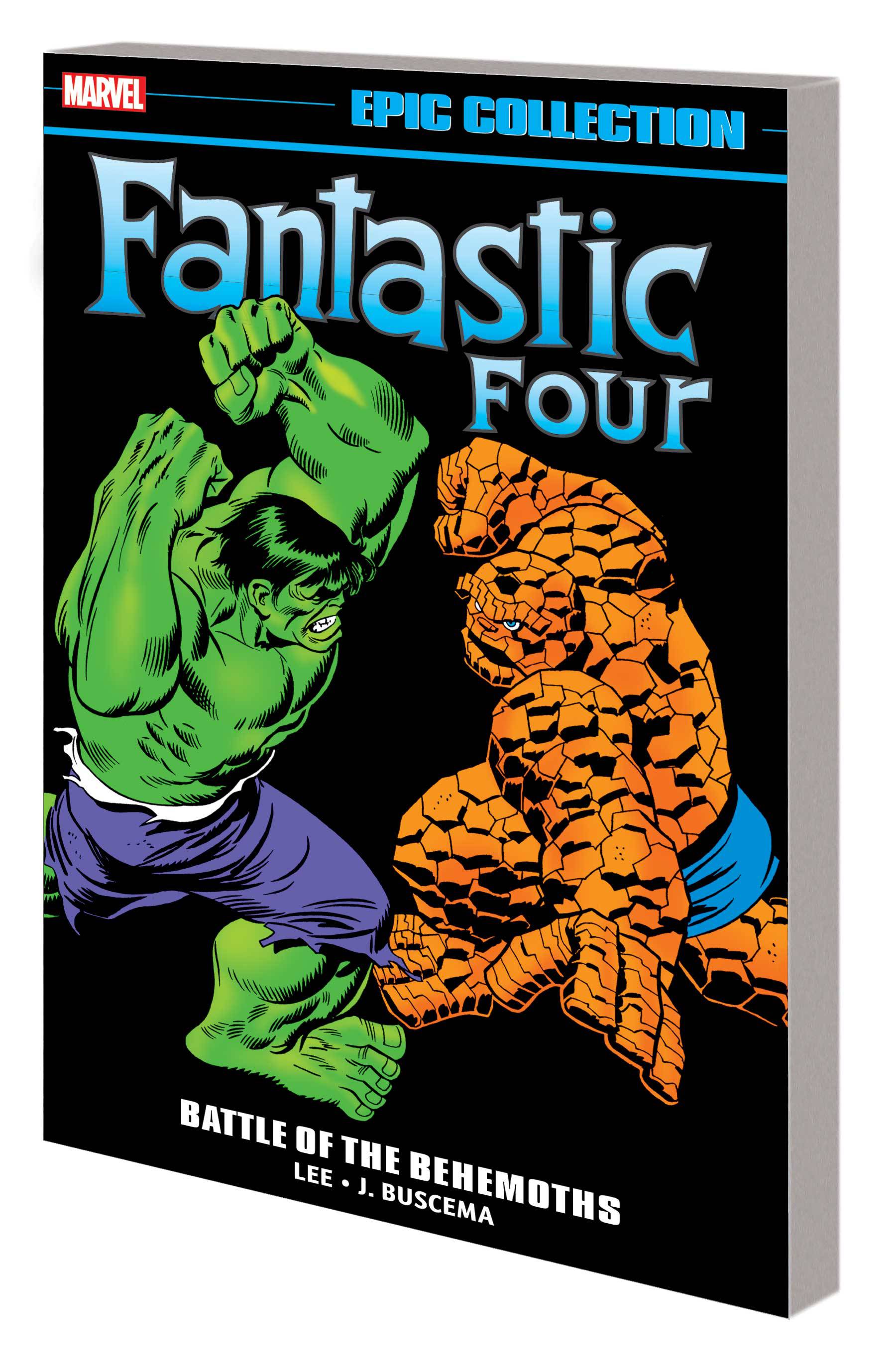 #
JUN210801
(W) Stan Lee, Archie Goodwin (A) More (A/CA) John Buscema
Only an artist as immortal as John Buscema could fill Jack "King" Kirby's Galactus-sized shoes on FANTASTIC FOUR! "Big John" joins Stan the Man on a timeless run in this collection of FF from the early '70s. Johnny Storm and Crystal develop their romance, Ben Grimm learns to change into Thing at will, Reed Richards takes on Annihilus and Janus in the Negative Zone and none other than Doctor Doom teams up with the FF to face the awesome threat of the Over-Mind! Then, Gabriel the Air-Walker debuts as Galactus' new herald, and he's arrived on Earth to force the Silver Surfer to submit to the Big G's will - or the planet dies! All this, plus the return of the Monster from the Lost Lagoon! Collecting FANTASTIC FOUR (1961) #105-125.
Rated T
In Shops: Aug 25, 2021
SRP: $39.99
ORDER WISH LIST