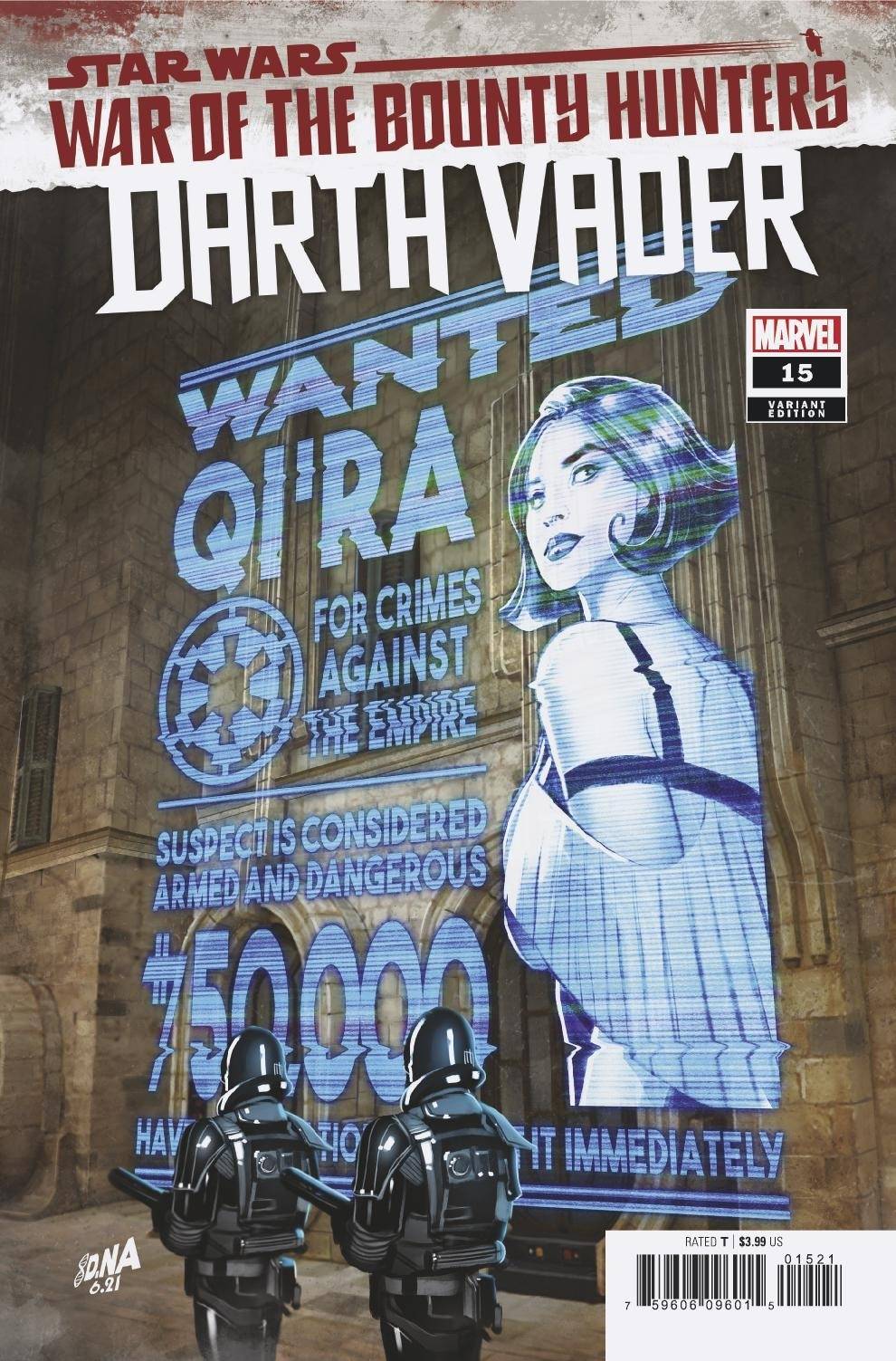 #
JUN210751
(W) Greg Pak (A) Raffaele Ienco (CA) David Nakayama
"THE ASSASSIN'S CHOICE"
•  Mere months ago, OCHI OF BESTOON was the assassin who dared to take on DARTH VADER himself in the fiery lava pits of MUSTAFAR.
•  Now Ochi serves Vader as his most loyal agent during the WAR OF THE BOUNTY HUNTERS. Who is Ochi of Bestoon? What are his true goals? And how have the secrets of EXEGOL shaped him forever?
•  Also featuring the next great reveal about BOKKU and the Hutt Council!
Rated T
In Shops: Aug 25, 2021
SRP: $3.99
View All Items In This Series
ORDER SUBSCRIBE WISH LIST