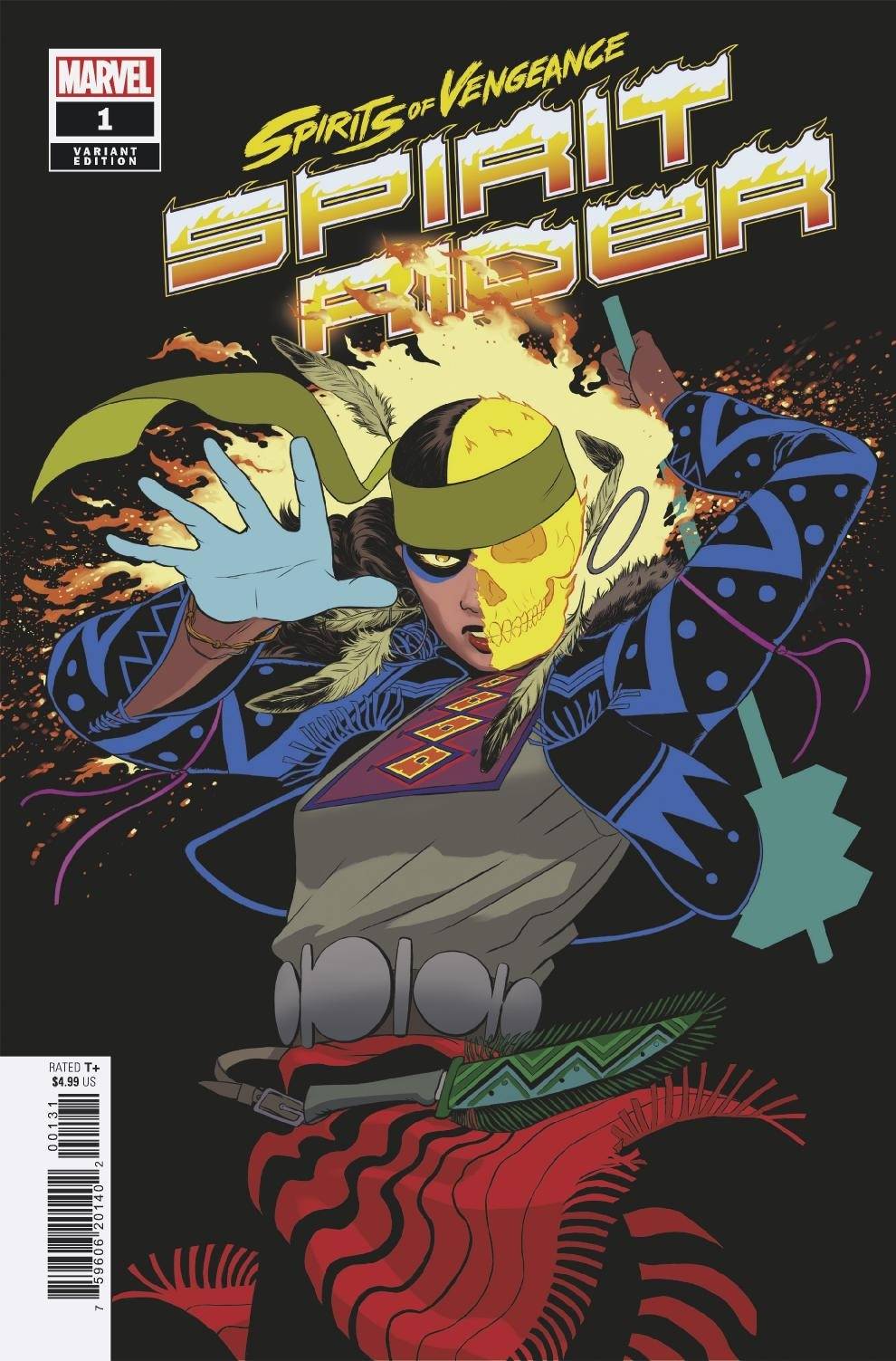 #
JUN210612
(W) B. Earl (A) Paul Davidson, Jeffrey Veregge (CA) Javier Rodriguez
SHE'S LIKE NO GHOST RIDER YOU'VE EVER SEEN!
SHE IS KUSHALA - A SORCERER SUPREME, A SPIRIT OF VENGEANCE...AND THE SAVIOR OF JOHNNY BLAZE'S SOUL!
Blaze has been through a lot lately, from ascending the throne of Hell to nearly murdering his former allies on the Avengers. But his nightmare is far from over. Something - or someone - is haunting him, and only a Ghost Rider with the powers of a Sorcerer Supreme can find out why. The dynamic writing duo of Taboo (of the Black Eyed Peas) and B. Earl expand the Rider mythos with an action-packed special that will kick off a brand-new era of vengeance! Kushala's about to be the hottest thing in hell.
Rated T+
In Shops: Aug 04, 2021
SRP: $4.99
ORDER WISH LIST