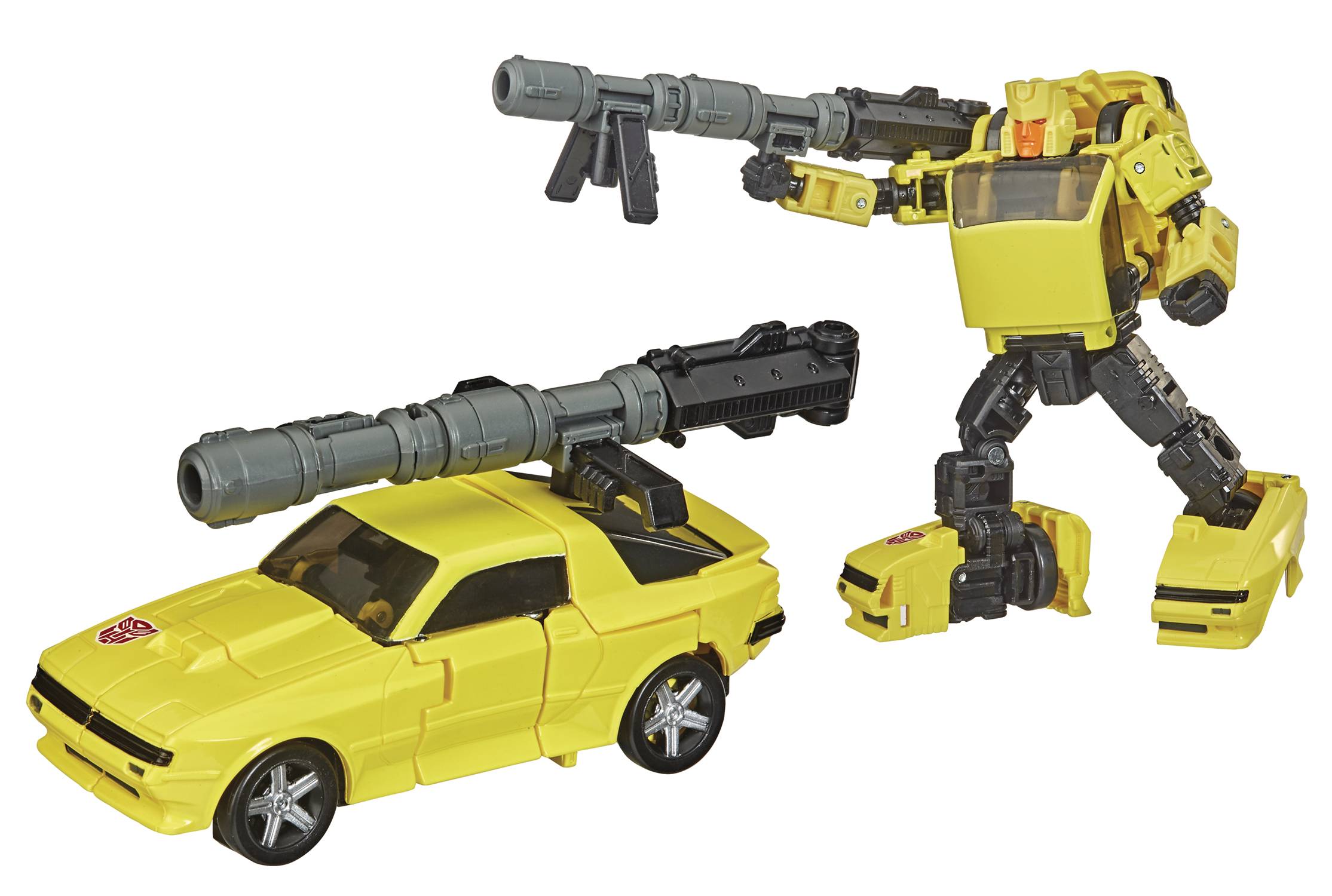 # # # #
JUN208408
Fans can take their Transformers figure collections to the next level with Generations Selects, a fan-dedicated line of figures featuring fan-favorite, special edition characters you can't find in the main line.This special edition WFC-GS13 Hubcap figure is the first modern era update inspired by the 1986 Mini-Vehicle mail-away. He even features the classic orange face unique to the original toy release. Hubcap is a character with some serious identity issues! Though he appeared in the 1986 Mini-Vehicle assortment, he was only introduced into Transformers entertainment in 2007 with the release of IDW's Megatron Origin Issue #3. This Hubcap figure converts from robot to sportscar mode in 18 steps and comes with an arm cannon accessory. The hood of his car mode can be held in robot mode as a shield.
In Shops: Sep 16, 2020
SRP: $19.99