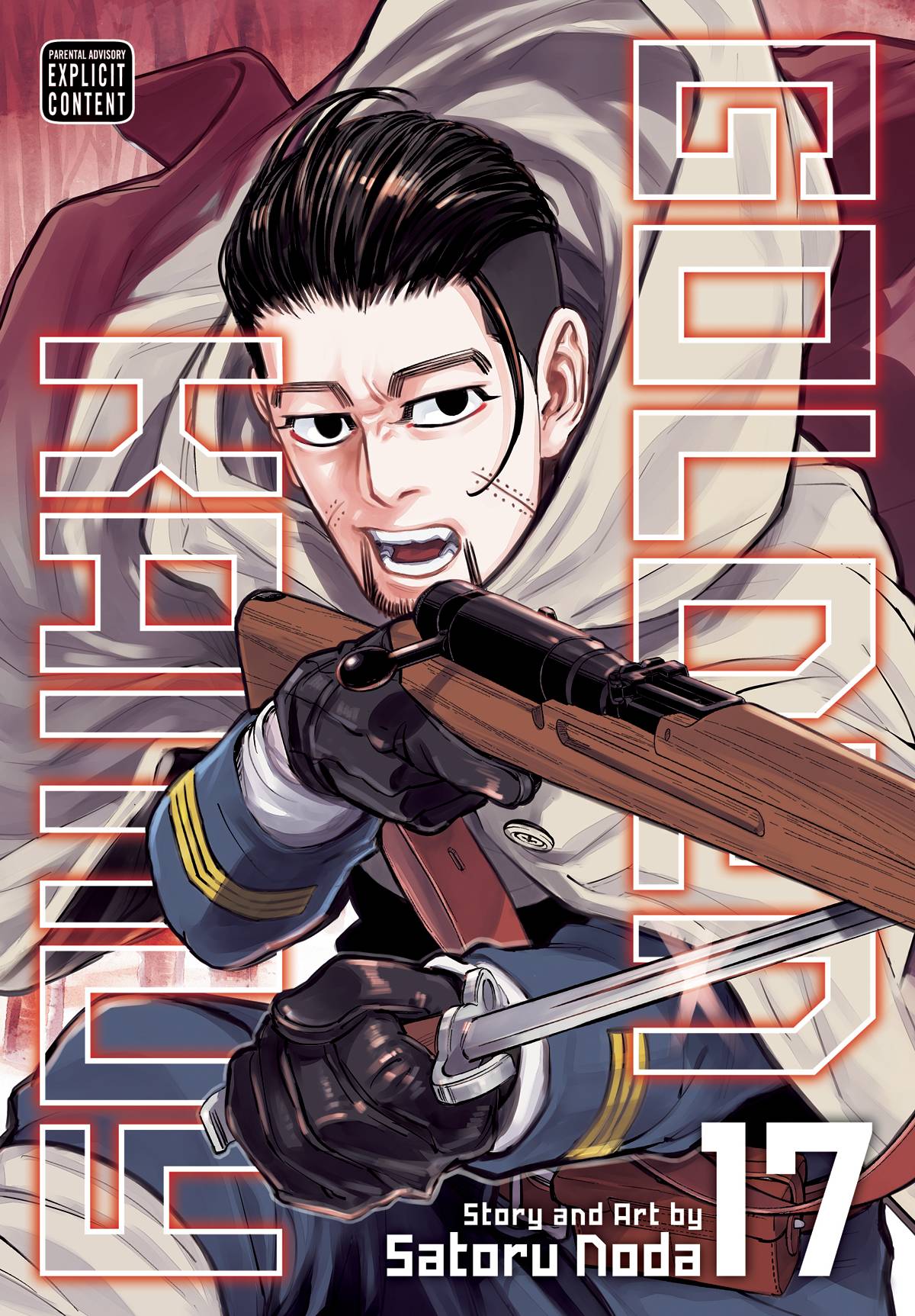 #
JUN201592
(W) Satoru Noda (A/CA) Satoru Noda
While Sugimoto races north by dogsled, Asirpa crosses the border with Kiroranke into Russian territory. Kiroranke was once involved in the assassination of the Russian Czar Alexander II, and the Russians, tipped off by Tsurumi that Kiroranke was heading into their territory on Karafuto, have set an ambush at the border. The dark pasts of Asirpa's traveling companions are now coming to light, along with the secrets of her own father...