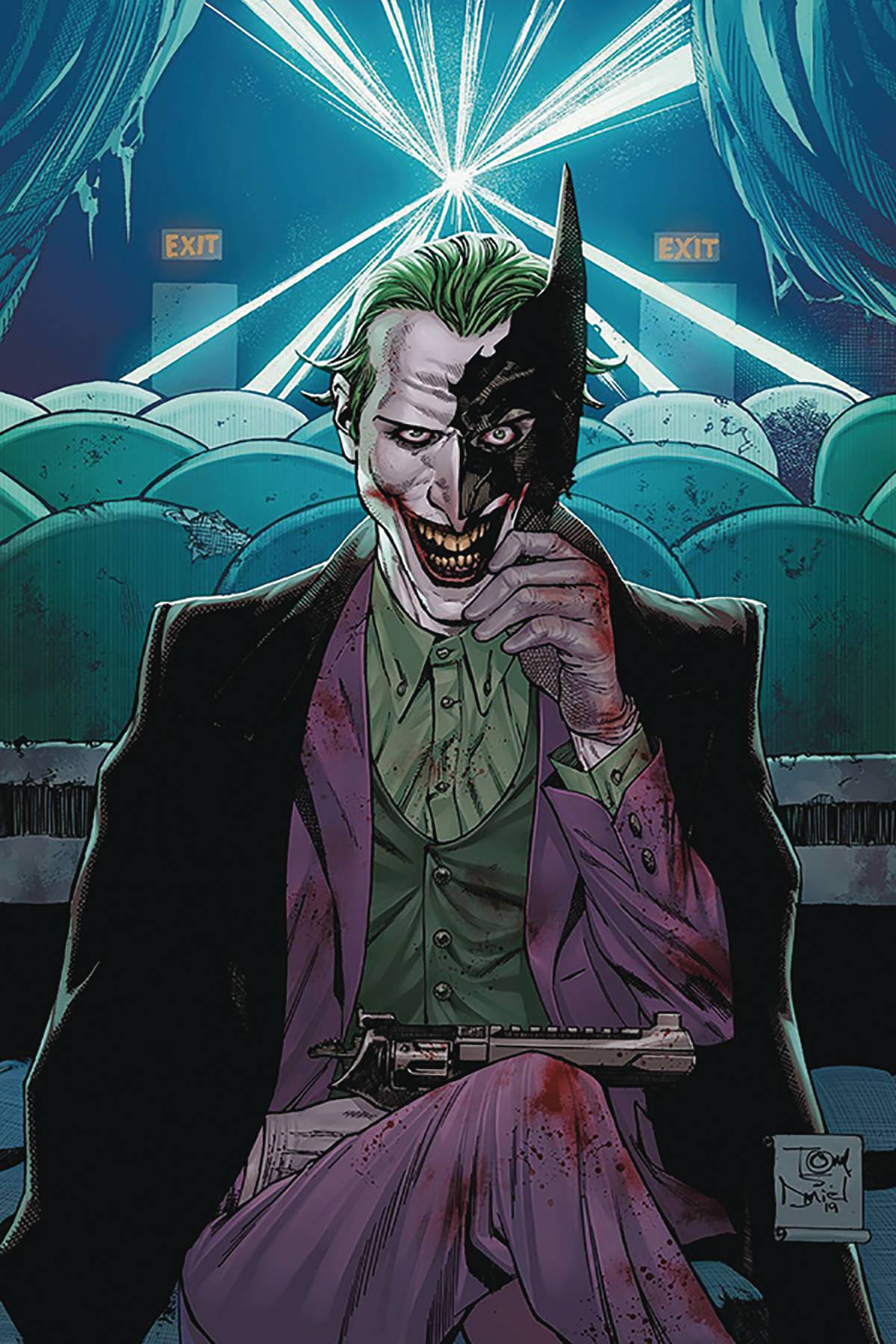 #
JUN201056
Batman faces off with the Designer as "Their Dark Designs" reaches its epic climax! In the last year, Batman has lost more than he could have imagined, and now he faces a cost so dear it will change the course of his life. And there is worse on the horizon. In the midst of all the horror, he can feel the drumbeat of battle. "Joker War" is coming, and Gotham City will never be the same. FINAL COVER MAY VARY. ALLOCATIONS MAY OCCUR.
In Shops: TBD
SRP: $29.99