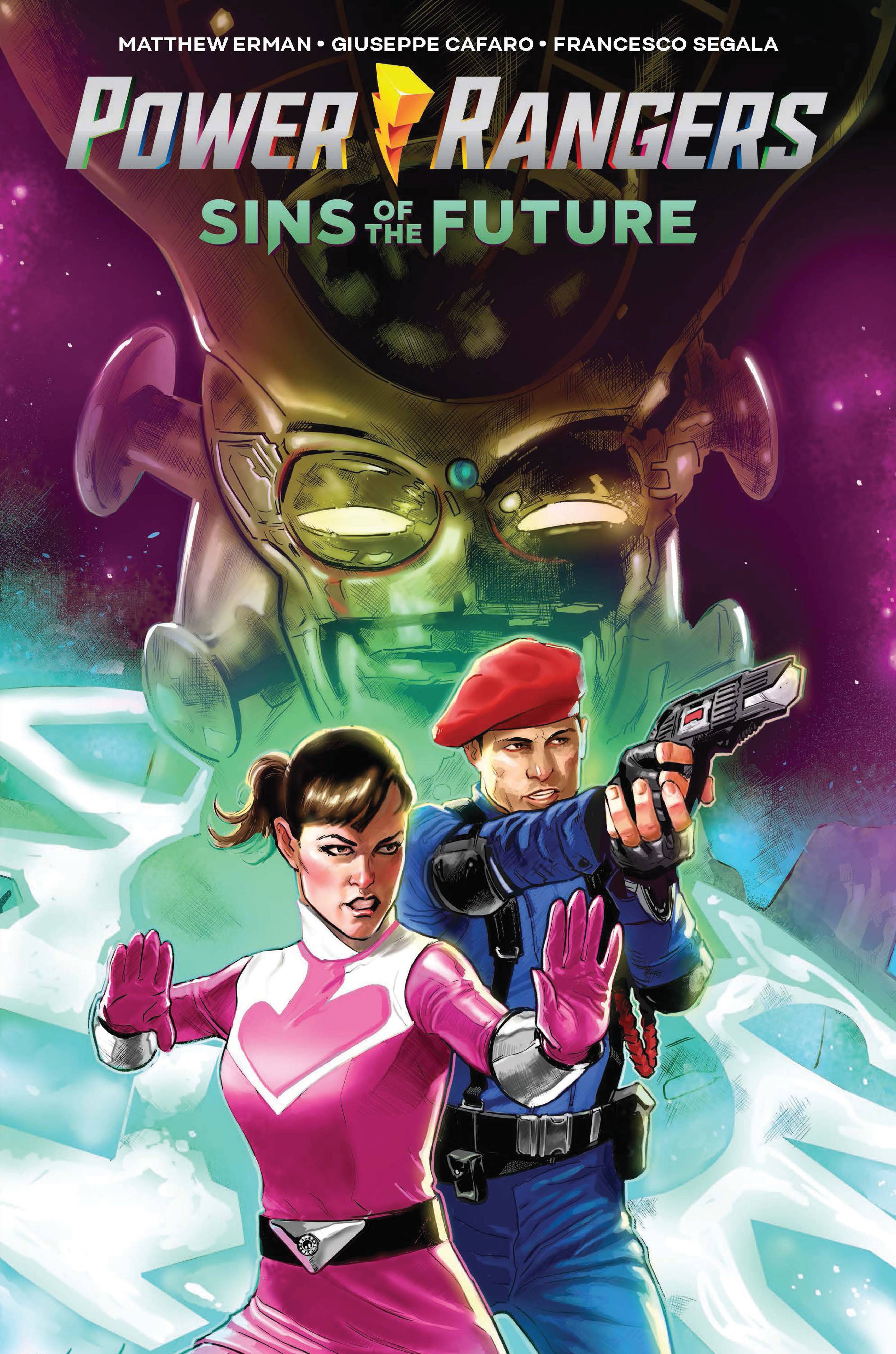 #
JUN200773
(W) Matthew Erman, Trey Moore (A) Giuseppe Cafaro (CA) Diego Galindo
? An all-new graphic novel set after the events of the hit ?Power Rangers: Time Force
? television series that features two of the most popular Rangers of all time, from Trey Moore (?Mighty Morphin Power Rangers
? ), Matthew Erman (?Bonding
? ) and Giuseppe Cafaro (?Saban's Power Rangers: Soul of The Dragon
? ). ? Fan favorite Pink Time Force Ranger Jen Scotts and Red Time Force Ranger Wes Collins have a star-crossed romance divided by time, as Jen comes from the future and Wes from the present. But just as it looks as though they've found their happy ending, they receive a dire warning-their romance could disrupt the timeline and change the destiny of humanity! ? As they struggle with a terrible choice-their relationship or the fate of the world-the shocking identity of their accuser sets them on a collision path with an enemy they never expected.  ? Can Jen and Wes survive the threats to their past, present and future? Or will their love be the end of all time as they know it?
In Shops: Oct 28, 2020
SRP: $19.99