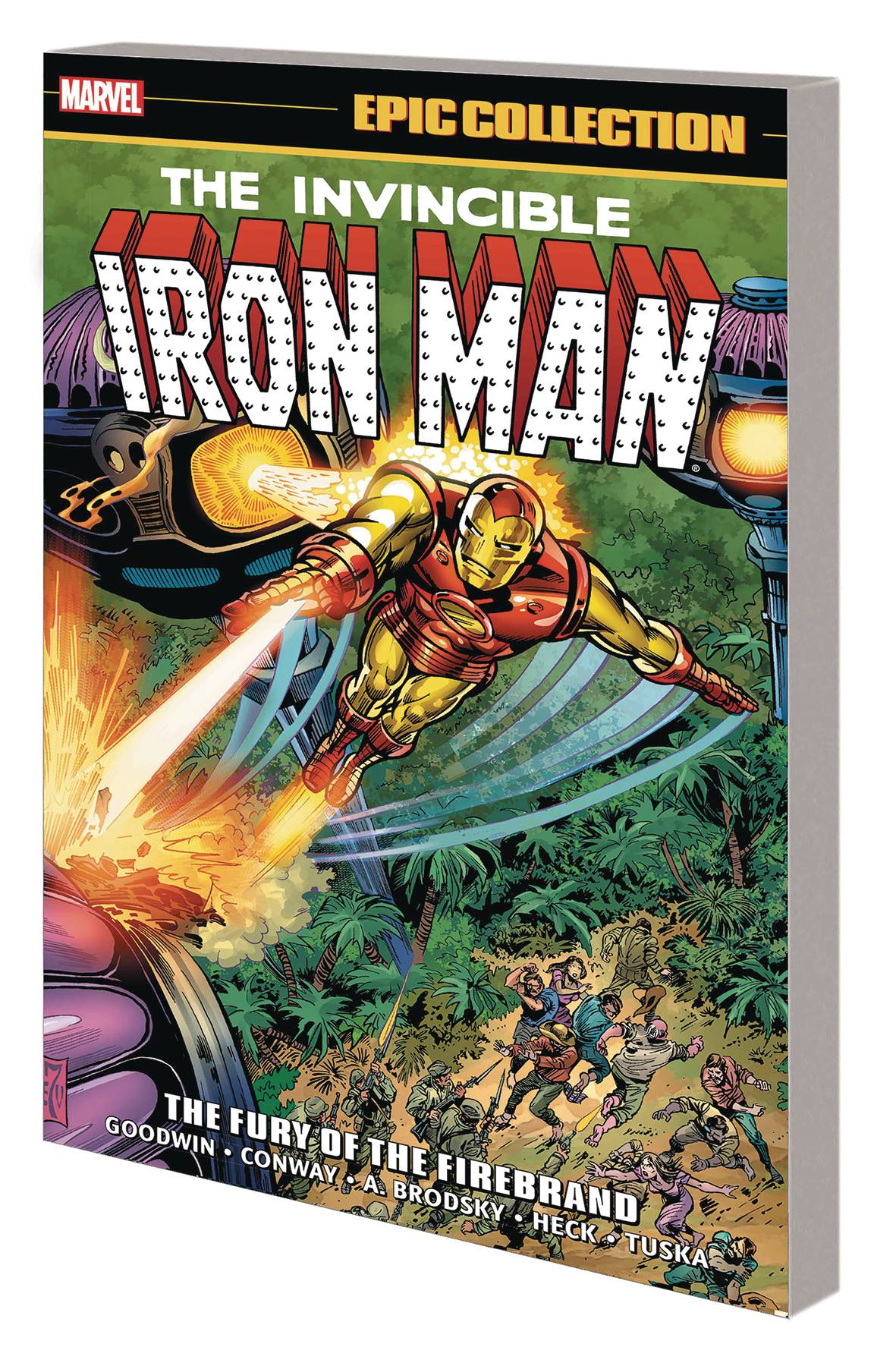 #
JUN200672
(W) Archie Goodwin, More (A) Don Heck, More (CA) Marie Severin
A revolution in Latin America and a mechanical visitor from outer space keep Iron Man fighting - and you turning pages! But when the Spymaster assembles an elite team with one objective, to destroy Stark Industries, the pieces for an Iron Man crossover classic come together. Only with the combined forces of Nick Fury, Daredevil and Madame Masque can our hero have a chance of overcoming the Spymaster and the power of the Zodiac Key! It's an adventure as only Marvel makes 'em! And don't miss the Controller; the politically charged Firebrand; the first appearance of Tony's father, Howard Stark; and the debut of the Guardsman, who will clash with Iron Man as each hero's abilities are pushed to their limits...with tragic consequences! Collecting IRON MAN (1968) #25-46 and DAREDEVIL (1964) #73.
Rated T
In Shops: Aug 26, 2020
SRP: $39.99
ORDER WISH LIST