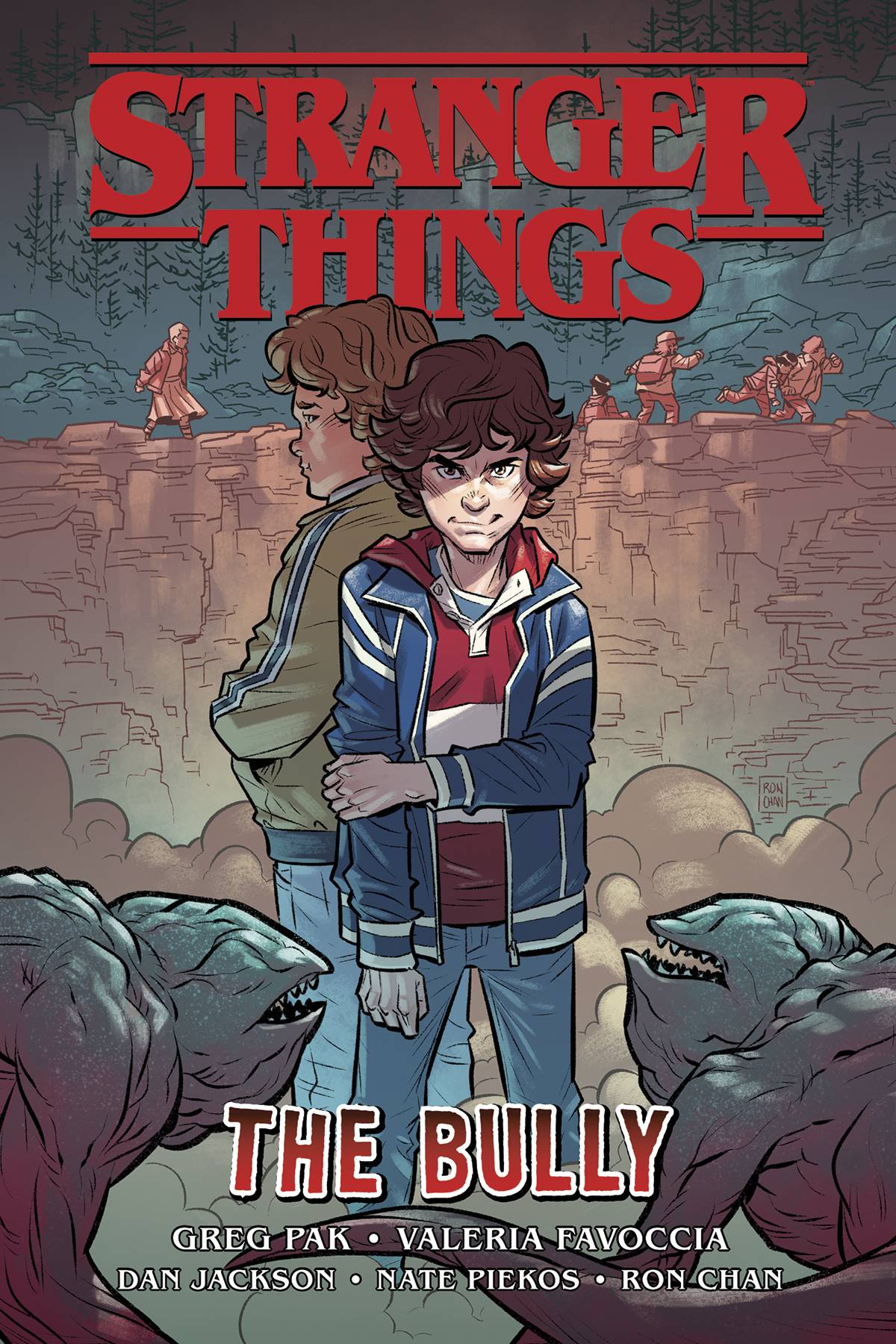 #
JUN200296
(W) Greg Pak (A) Valeria Favoccia (CA) Ron Chan
The bullies of Stranger Things try to uncover the mystery of Eleven's psychic powers in this scary all-ages graphic novel! Troy has been having nightmares about El ever since she embarrassed him in front of the school and broke his arm in season 1. Feeling powerless and anxious, Troy is determined to prove that what happened between him and El is only some form of trickery. That is until he and James encounter demodogs!