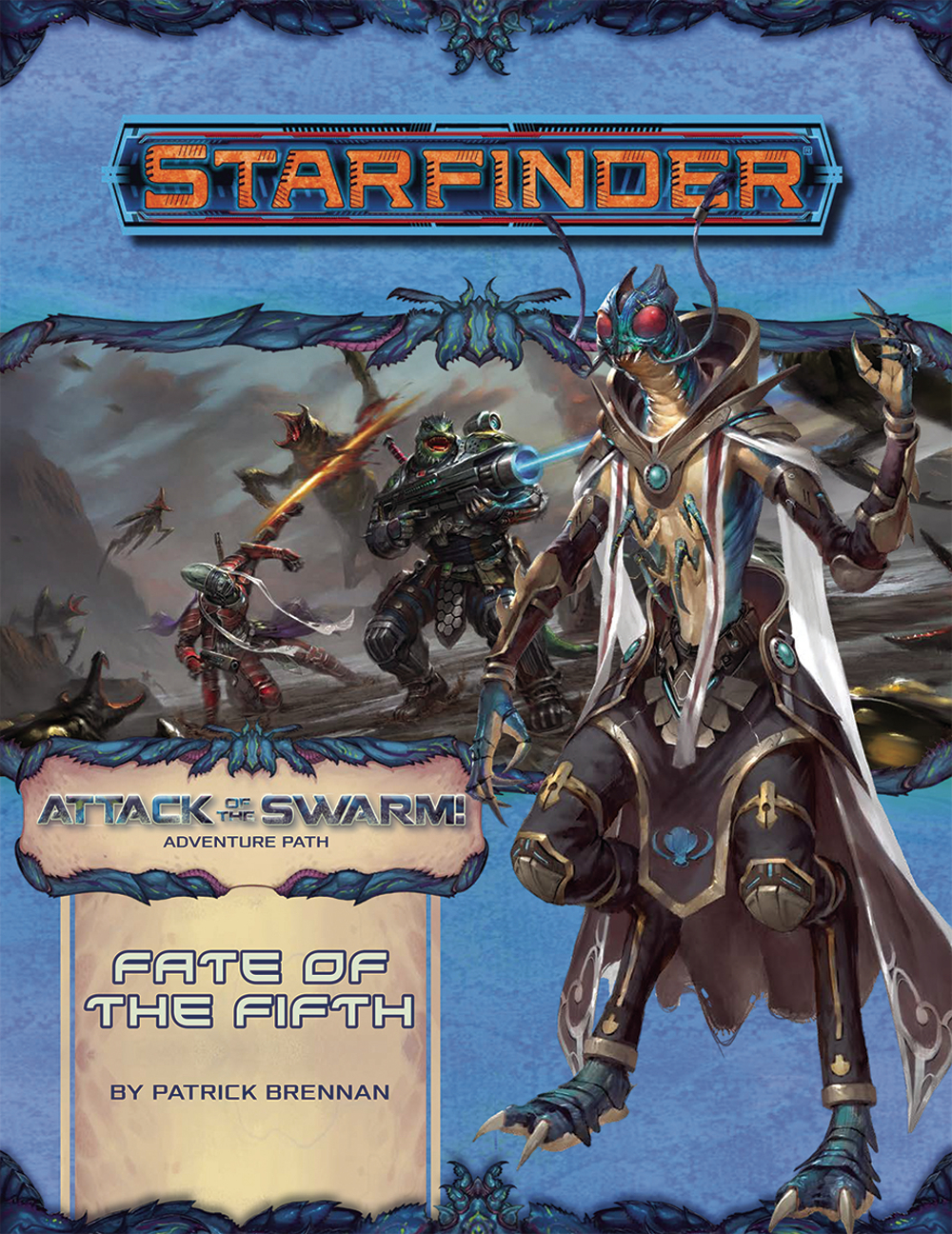 JUN193099
(W) Patrick Brennan
Fate of the Fifth is a Starfinder Roleplaying Game adventure for four 1st-level characters. This adventure begins the Attack of the Swarm! Adventure Path, a six-part, monthly campaign in which the heroes fight back against a ruthless and nigh-unstoppable alien invasion. This adventure also includes a player's guide to battling the Swarm, an exploration of the Swarm's origins and biology, and a selection of new Swarm monsters and other terrible threats.